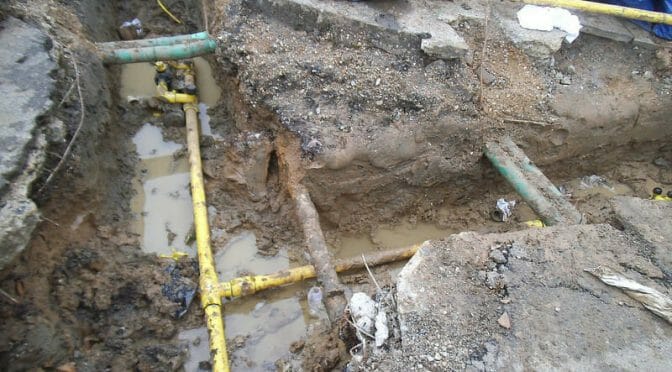 Washington’s Department of Labor & Industries has fined a Vancouver, WA  construction company that specializes in excavation and trenching $126,400 for multiple safety violations.

Colf Construction was a subcontractor on the 10th Street Bridge project in Ridgefield, WA when the Division of Occupational Safety and Health (DOSH) opened the inspection March 20, 2018. DOSH conducted eight site visits during the inspection, which closed Aug. 30, and found trenching violations during five of those visits. DOSH cited the company for six willful and serious violations.

The violations included not ensuring workers were protected from cave-ins, not performing daily excavation inspections, not removing workers from hazardous areas, employees working under suspended load, no safe access or exit available from excavations, and lack of fall protection.

“Trenching and excavation incidents can happen suddenly, and cave-ins are often deadly,” said Anne Soiza, L&I’s assistant director for the Division of Occupational Safety and Health. “This employer knew the dangers and had been warned before. Every employer that does trenching and excavation needs to know there are many complex deadly hazards that must be taken seriously and controlled.  These hazards are a focus for the department and nationwide due to their high rate of worker fatalities.”

Cave-ins pose the greatest risk to workers performing excavation and trenching work, and even a four-foot deep trench can present life-threatening hazards. One cubic yard of soil can weigh as much as a car, and cave-ins can happen much too fast for a worker to respond. In this case not only were the workers not protected from this hazard, there were also no easy entry and exit paths from the trenches.

The employer had 15 business days to appeal the citations.

Photo by satguru on Foter.com / CC BY