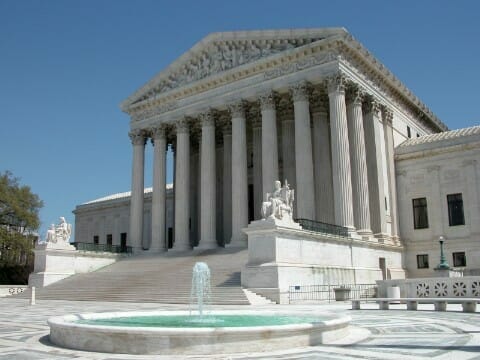 Since many of you routinely ask for our advice on judicial races – particularly ones that get little or no publicity in the media – I urge you to vote in the upcoming, ridiculously-timed primary election on Tuesday, August 17, on a very important position. Our colleague, plaintiff’s workers’ compensation and personal injury attorney, Stan Rumbaugh, is challenging incumbent Justice Jim Johnson for his seat on Washington’s Supreme Court.

Stan has represented workers for over 30 years, and has argued numerous significant cases involving worker and injury victim rights at the appellate court level in Washington, including the Supreme Court. Jim Johnson is the most conservative member of our court who for the past six years has routinely sided with corporate interests over the rights of individuals. Most importantly, he is closely allied with the Building Industry Association of Washington (BIAW) which has been the most tenacious organization in our state in working to limit the rights of Washington workers under our workers’ compensation act.

In cases where the BIAW was involved at the Supreme Court, Justice Johnson has sided with the BIAW 16 out of 17 times. Justice Johnson’s clientele before joining the Supreme Court included large corporations, powerful developers, and the political think-tanks that support those interests. Go towww.rumbaughforjustice.com for more information, and also look atwww.johnsonsinjustice.com for more detail on the type of “judicial activism” against individuals and for corporate interests characteristic of Justice Johnson’s decisions.

Vote for Stan Rumbaugh for Washington’s Supreme Court in the August 17 primary, which will be the deciding election in that race.