Based on data compiled and published by the Bureau of Labor Statistics (BLS), the United States Department of Labor has made a final determination of the national average weekly wage, for the period commencing October 1, 2020.  Determinations have also been made for the maximum and minimum compensation rates and the percentage increase from the current national average weekly wage.

The following determinations are for the period October 1, 2020 through September 30, 2021:

Industry Notice 182, which is available here on the OWCP, Division of Federal Employees’, Longshore and Harbor Workers’ Compensation website, outlines the annual 10(f)  adjustments in detail.

Longshore Industry Notices are documents issued typically to Longshore’s business partners and/or clients and provide guidance, instruction, and/or information relevant to the application of the Longshore and Harbor Workers’ Compensation Act (LHWCA). Washington State has, since 1973, provided financial assistance to the innocent victims of criminal acts. Beginning in 2010, however, the state legislature initiated a draconian curtailment of the benefits available to victims such that the program is but a shadow of its former self. With all the tragedies in the news as of late, it would be wise to pause and consider our duty as a society to provide for the victims of criminal acts. Because once the media frenzy is over and the memory of such events is but a distant spark in our collective consciousness, those victims will be all but forgotten—though they and their families will live with the tragedy and bear its consequences for the rest of their lives.

With all the tragedies in the news as of late, it would be wise to pause and consider our duty as a society to provide for the victims of criminal acts.

The crime victim compensation movement grew out of the work of British prison reformer Margery Fry. In a 1957 article published in The Observer, Ms. Fry advocated for financial reimbursement to crime victims from the state; her vision was borne out of a deep sympathy for humanity as well as the notion that providing for victims of criminal acts would reduce the retributive aspect of the criminal justice system (thereby increasing the rehabilitative function).[1] The program she envisioned was to be patterned upon extant workers’ compensation programs.[2]

The first country to pass a crime victim compensation law was New Zealand in 1963 followed closely by Great Britain. California was the first state to implement a crime victim compensation program in 1965, and by 1972 ten states in total had passed such an act. In 1973, Washington State passed “AN ACTRelating to special proceedings; providing benefits to victims of crime”—colloquially known as the Crime Victims Compensation Act.[3] The 1973 Act provided explicitly that victims of criminal acts would be provided the same benefits afforded to injured workers under the Industrial Insurance Act.[4] Consequently, the legislature entrusted the Department of Labor & Industries with management of all crime victims’ claims.

The Crime Victims Compensation Program (CVCP) is funded through a combination of federal grants and state money. Prior to 2010, the CVCP was funded through appropriations by the Department of Labor & Industries. In 2010, however, L&I reported that it had “exhausted” its current appropriation for the CVCP and requested legislation creating a new, separate crime victims compensation account.[5]

When the Washington State Legislature passed the requested law in 2010, it effectively severed funding of the CVCP from the L&I funds. The intent was to create a separate, untouchable fund. But bad drafting meant that an assumed source of revenue for the crime victims compensation account—a percentage of superior court-imposed criminal fines—never materialized, leaving a $670,000 hole in an annual budget of $2.7 million.[6] Unfortunately, in addition to severing the CVCP’s source of revenue, the legislature also drastically reduced the benefits available to crime victims. The legislature imposed an arbitrary cap of $50,000 on all claims and limited the amount of permanent partial disability benefits payable to $7,000.

Finally, in 2011 the legislature delivered the coup de grâce.[7] In addition to completely severing all references to the Industrial Insurance Act from the CVCA, the legislature completely eliminated future permanent partial disability payments and limited wage replacement benefits to $15,000.[8]

In an era in which a single surgical procedure can easily run into the six-figure range, and serious injuries can result in the inability to work for years if not permanently, the arbitrary cap and drastic curtailment of compensation for victims of criminal acts is unconscionable. The costs associated with such injuries undoubtedly fall upon society’s shoulders, whether through increased use of other public benefits (unemployment, Medicare, welfare), or, worse yet, bankruptcy. According to a 2007 study by researchers at Harvard, outstanding medical bills account for an astounding 62.1% of all personal bankruptcy filings in the United States.[9] By failing to provide for the victims of criminal acts, the legislature is simply foisting the cost of uncompensated injuries back upon the public.

It goes without saying that Washington State—and the rest of the country—faced a dire fiscal shortfall in 2010. Washington’s response, like that of the rest of the country, was unfortunately myopic, cutting funds to schools, universities, parks, and crime victims. We still face an uncertain future and an impending fiscal “cliff.” The question really is how much further Washington (and the rest of the country) is willing to cut into its social safety net. Next time you think about reduction of benefits to crime victims, think about Sandy Hook. Think about Clackamas Town Center. Or Virginia Tech, Columbine, etc. Unfortunately, the list goes on and on. Think about those events because it is those victims whom these types of budget cuts harm. The budget should not be balanced on the backs of victims of criminal acts. It is fiscally and morally irresponsible. We owe it to ourselves to provide for the most vulnerable members of society.

[8] Curiously the legislature also removed acts of terrorism from the list of criminal acts for which an individual is entitled to compensation under the CVCA. During debates in committee, when asked why this provision was inserted into the bill, L&I’s delegate did not know. 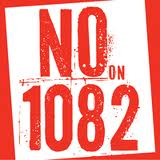 As we struggle to come out of the “Great Recession,” Washington voters face real issues, many created by our slumping economy.  END_OF_DOCUMENT_TOKEN_TO_BE_REPLACED 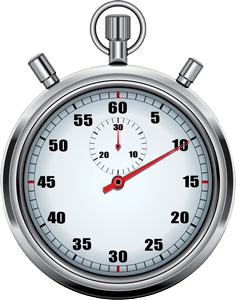 I reviewed a workers’ compensation claim for a potential client nine months ago.  At the time, I told him of several items that I saw as upcoming issues in his case and shared my opinion about why it would be important for us to start clearing those issues off the deck sooner rather than later.  Would he be found employable with no services or would he receive just a bit of training to allow him to continue working in his field as a welder but in a lighter-duty capacity?  Would the onset of depression be addressed under the claim and taken into consideration when making employability decisions?  Would his level of permanent impairment be under-rated through the typical Independent Medical Evaluation (IME) process or would his surgeon be willing to provide a rating that more accurately reflects his limitations?  I shared my concerns about his case, explained the process I would recommend for addressing these concerns and discussed the fees and costs to be expected.  He indicated he wanted to go forward with representation.

I did not hear from him again, until yesterday.  He left me a message asking for help with his claim.  I looked at the case this morning before returning his call.  He has been found to be employable with no additional retraining, so he will likely not be able to continue with his favored career but, instead, can look forward to his new line of work as a small parts assembler.  He underwent an IME that conservatively rated his level of permanent impairment and approved the job analysis for small parts assembly.  His attending physician signed the form letter to indicate concurrence with the IME results and, on this basis, the Claims Manager has found him employable and is closing the claim.  What about the depression?  Not addressed by the IME, so the Claims Manager is construing the attending physician’s signature on the concurrence form letter to mean that he is also not contending that depression is an issue, so she is denying this condition under the claim.

I know there are two sides to every argument, and I know that an employer representative would look at this same fact pattern and see a job well done, but I am a claimant’s advocate, so I share my thoughts from only that perspective.  I see a situation where I now have a 15-day deadline for filing a dispute with the Vocational Dispute Resolution Office if I want to argue that END_OF_DOCUMENT_TOKEN_TO_BE_REPLACED