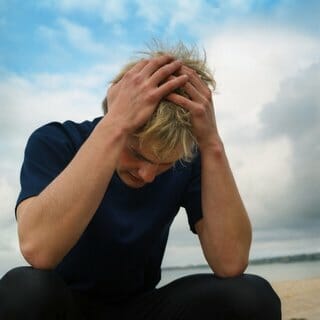 The worst part of my day as a Workers’ Compensation attorney is unquestionably the time when I need to explain to my clients that Workers’ Compensation does not include pain and suffering in a settlement. Inevitably, the look from the client is always the same. It’s the exact look I would give to my lawyer if he were saying the things to me that are coming out of my mouth to them. It’s a look that begins as disbelief then turns into anger.

Disbelieve it all you want; Pain and Suffering literally does not exist in Massachusetts Workers’ Compensation…None of the reasons and explanations make it right. However, it’s something every injured worker must live with.

An explanation of what pain and suffering actually is makes it easier to understand how it doesn’t exist in Workers’ Compensation. Pain and suffering is a remedy that is only available to victims of personal injuries that resulted from the fault of another party. Workers’ Compensation does not have pain and suffering because it is a fault-free system.. You do not have to prove that your employer was at fault or that its negligence caused you to become injured. You simply need to prove that you were disabled as a result of an injury that took place at work. Fault is irrelevant. Though not needing to prove fault to receive workers’ compensation benefits is clearly a good thing, it comes with a hefty price. Unfortunately because fault is irrelevant, so is pain and suffering.

As you will undoubtedly hear from friends and family members, personal injury cases that settled for a lot of money did so because their attorney was able to prove that they had significant pain and suffering. Without pain and suffering, it often becomes difficult for workers’ compensation cases to settle for comparable amounts to a fault-based personal injury case. This makes it much more important that you know each and every benefit that is available to you if you are hurt at work.

Because pain and suffering does not exist in workers’ compensation, you must maximize the benefits that do actually exist. Workers’ compensation is what is known as a “wage replacement system.” Very simply, the only money the insurer is responsible for paying you is any wages that you may lose. You can receive wage replacement benefits for up to seven (7) years unless you become permanently and totally incapable of working.

The only other monetary benefit available to an injured worker besides the wage replacement benefits is if you sustain any permanent loss of function to a body part. This can be determined by your doctor. If your physician finds that there is a permanent percentage of loss of use to your injured body part, the insurance company will likely be responsible to pay you additional benefits. This, however, is hardly a substitute for pain and suffering.