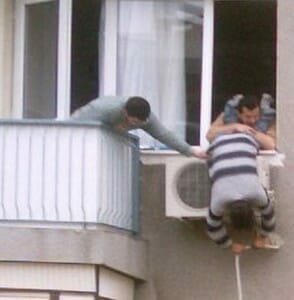 for violations while working on two bridges along highways in Wisconsin. The violation is more alarming because the contractors were working under a State contract to repaint the bridges. OSHA charged that the company did not have proper scaffolding at the bridges exposing workers to falls, and in fact one worker was injured in June after falling from a scaffold at one of the bridges. Because of these repeat violations, OSHA cited United Contracting and placed the firm on its “Severe Violator Enforcement Program” which required further inspections.

OSHA also cited a painting company with a $50,000 fine for failing to properly label containers containing hazardous chemicals, failing to perform medical evaluations for employees using respirators, and failures in its painting and blasting operations. These were “repeat violations” where an employer previously had been cited for the same or similar violation. Other serious safety violations (where there is substantial probability that death or serious physical harm could result from the hazard) involve failure to provide machine guarding, guard rails, lock-out / tag-out program, and inadequate training.

Workers injured by unsafe conditions can, however, pursue a Safety Violation against their employer

I routinely receive calls from workers injured by these unsafe conditions, asking whether they can sue the employer for damages. Unfortunately, even for the most egregious violations, employers are immune from a lawsuit and the worker’s exclusive remedy is under worker’s compensation, a deal that was struck 100 years ago.

Workers injured by unsafe conditions can, however, pursue a Safety Violation against their employer, which triggers a 15% increased compensation penalty against their employer. Employers cannot insure for these penalties. Not unexpectedly, payments coming directly from employers’ pockets are contested to a hearing out of proportion to their dollar value.