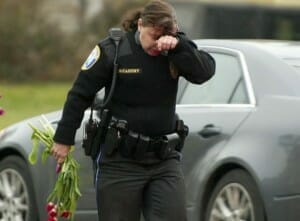 Washington State can provide coverage for PTSD or similar mental injuries but only under certain circumstances. As the author points out, there are similar coverage provisions in North Carolina.

Post-Traumatic Stress Disorder (PTSD) is a type of anxiety disorder that can occur after a person has seen or experienced a traumatic event that involved the threat of injury or death. In civil war battles a soldier may be sitting next to his best friend when a cannonball takes off his friend’s head. The horror of such events put some soldiers out of action. Similarly, police officers have a higher incidence of PTSD/Anxiety Disorders than the general public due to the gruesome scenes and situations that they witness in their occupation. Classic symptoms of PTSD fall into three main categories: (1) reliving the event (such as nightmares and flashbacks); (2) avoidance (including feeling detached, numb, and avoiding things that remind them of the event); and (3) arousal (including difficulty concentrating, startling easily, and difficulty falling asleep).

Some of the police officers who responded to the shootings in Newtown, Connecticut are suffering from PTSD, calling it the worst crime scene they ever walked into. They are suffering from severe emotional distress and shock and have been unable to return to work due to the trauma they witnessed. Unfortunately, PTSD is not covered by workers’ compensation in Connecticut. Therefore they have been forced to use vacation and sick time to cope with the situation.

Our law firm has represented multiple police officers who have developed PTSD as a result of the gruesome scenes and situations they have been involved in at work. Fortunately, PTSD may qualify as an occupational disease under North Carolina workers’ compensation law. Hopefully the Connecticut legislature will amend their statutes in light of the school shootings to help these police officers get medical care and get back to work as quickly as possible.