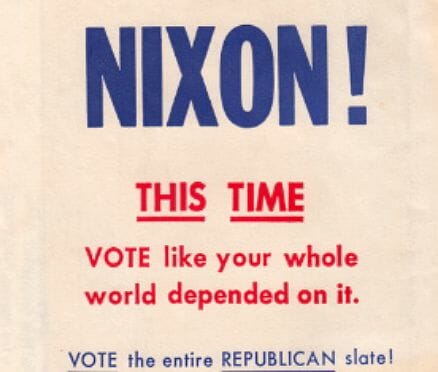 Looking for information in the media that is supportive of the nation’s transition to the Affordable Care Act (ACA), aka “Obamacare?”  At the moment Republican and right wing noise is drowning out much of the lower–decibel cheerleading by the Administration on why this is a good thing.

In 1974, Pres. Richard Nixon proposed what is essentially the 2010 healthcare act – all but the smallest employers would provide medical insurance to their employees or pay a penalty, expansion of Medicaid would insure the poor, and subsidies would be provided to low–income citizens and small employers.

In a recent op-ed piece, former Secretary of Labor under President Clinton and leading economic expert, now at the University of California, Berkeley, Robert Reich summed up the history of the origin of “Obamacare,” pointing out the irony of the right wing’s fuss over it.

In 1974, Pres. Richard Nixon proposed what is essentially the 2010 healthcare act – all but the smallest employers would provide medical insurance to their employees or pay a penalty, expansion of Medicaid would insure the poor, and subsidies would be provided to low–income citizens and small employers. While private insurers liked this plan, Democrats favored a system more like Social Security and Medicare, so there was no consensus.

Fast-forward to 1989, and the right–leaning Heritage Foundation proposed a plan that would mandate all households obtaining adequate insurance. This plan worked its way into several bills introduced by Republicans in 1993, supported by Senators Hatch (R–Utah) and Grassley (R–Iowa), along with subsequent Speaker of the House, Newt Gingrich, all now vocal opponents of the ACA.

When in 2004 Massachusetts Gov. Mitt Romney made the original Nixon plan the law in his state, with the same mandate to buy private insurance, he said, “we got the idea of an individual mandate from Newt Gingrich, and he got it from the Heritage Foundation.”

Health insurance companies, now retooling their policies around the individual mandate, are jubilant about the possibilities of long–term membership growth through the insurance exchanges. These giant corporations have traditionally supported conservative and Republican politics.

So as Reich notes – – why are Republican spending so much energy trying to sabotage the ACA, and act they designed and about which a huge sector of their patrons are wildly enthusiastic? The answer: it is the singular achievement of the Obama Administration, the head of which is still considered by a large segment of the right to Illegitimately occupy the White House.

Reich goes on to observe that had the Democrats prevailed on the idea of a system built on the Social Security and Medicare model – – cheaper, simpler, and more widely accepted by the citizenry – – Republicans would nevertheless be making the same noise.