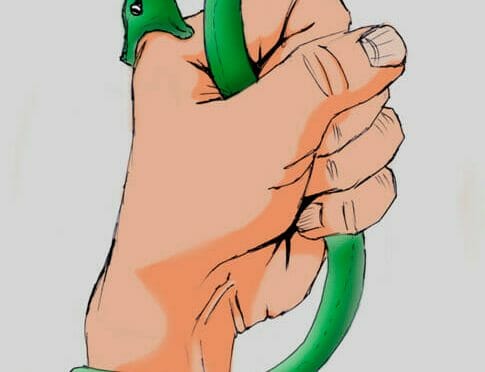 Workers’ compensation claimants and their attorneys routinely confront the so-called “usual suspect” medical examiners —  those doctors whose practices chiefly involve examining multiple claimants per day, several days per week or month, always for an insurance carrier or governmental agency administering workers’ compensation, and who can reliably be counted on to find no diagnosis related to injury, little or no permanent impairment related to accepted conditions, and no requirement for further treatment nor any limitations applicable to work activity. In a litigation setting, it can often be shown that these doctors have little or no active medical practice and derive the bulk of their income from these forensic examinations, calling into question their lack of objectivity and probable bias. Most of the physicians who engage in this work are not necessarily leading figures in their practice areas, and are not well-regarded academicians in their field – – their principal credential is that they have simply been in the practice a long time.  In a litigated case the testimony of such physicians can often be overcome by the testimony of an attending physician who has treated the claimant for a long period of time or another examining physician with an equally or more plausible opinion that supports the injured or diseased worker.

Consider, then, the threat to justice for injured workers when a long-established cohort of extremely well-credentialed defense medical experts, operating under the cover of one of the world’s most prestigious medical schools, has been engaged by the coal industry to defend against claims by miners crippled by black lung disease, and finds in the vast majority of cases no industrially-related disease.  These cases arise in the context of the federal black lung system, where cases mostly involve dueling medical opinions and judges rely heavily on the credentials of physicians to determine outcomes.  In a blockbuster report entitled Breathless and Burdened, the Center for Public Integrity has unveiled seeming massive corruption of medical opinion from corporate influence at Johns Hopkins Medical Institutions, where Peabody Energy and other coal companies direct workers with black lung claims to be evaluated.

For over 40 years, a small unit of radiologists at Johns Hopkins Medical School and hospital has generated fees from coal company evaluations that have enriched the institution and supported its work.  These physicians read x-rays as a part of their regular duties, but coal companies will pay a premium of up to ten times what a regular x-ray reading would cost.  And because of the longevity of these practitioners, with their credentials burnished by the iconic reputation of Johns Hopkins, their opinions in the processes of claim adjudication have become nearly unassailable.  Judges rely heavily on these opinions and regularly find that they swamp the evidence brought by miners from doctors not similarly credentialed.

The Center’s report found that one particular physician – a 78 year-old radiologist named Paul Wheeler – in reviewing x-rays in 1500 cases since 2000 never found one instance of severe disease, whereas other doctors looking at the same x-rays found it in 390 cases, and that subsequent biopsies and autopsies of diseased workers frequently clearly proved Wheeler wrong.  Furthermore, the criteria this examiner used in determining the presence of black lung was contrary to that of government research agencies, textbooks, peer-reviewed scientific literature, and the opinions of many credentialed physicians outside Johns Hopkins, including the American College of Radiology’s task force on black lung disease.

The Center’s review of thousands of cases evaluated at Johns Hopkins established that since 2000, miners lost more than 800 cases where at least one doctor found black lung on x-ray but Dr. Wheeler read it as negative.  It calculated that Wheeler found black lung in about 2% of the cases evaluated, and that in 80% of the films he read as positive, he saw only early stage of the disease, whereas other physicians found severe form of the disease in more than 750 films.  Despite all of this, Wheeler continues to lead the cohort of radiologists who toil in the Pneumoconiosis Section of Johns Hopkins amidst piles of files and paperwork bearing the letterhead of prominent corporate defense law firms and coal companies, churning out evaluations of miners, under the imprimatur of a prestigious institution, that are clearly resulting in the denial of many legitimate claims.