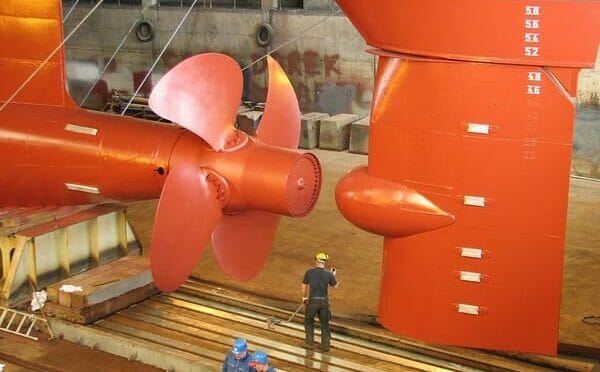 The LHWCA covers claims for longshoremen and shipbuilding and repair workers.

Some months ago, I reported about a slowdown in the processing of claims under the Longshore and Harbor Workers’ Compensation Act and allied statutes.  The LHWCA was enacted in 1927, and through amendments over the years has been broadened to include injury and disease claims for longshoremen and shipbuilding and repair workers. Expansion of the program in 1941 resulted in the Defense Base Act, covering employees of military contractors working abroad. With our ten-year presence in Afghanistan and Iraq, a large cohort of injured workers has fallen under the DBA in recent years.

Underfunding of ALJ positions within the Department of Labor routinely results in long delays for the hearing and decision making in claims, often meaning claimants are without any coverage for years.

In another segment of its Breathless and Burdened report (subsequent to the one I recently posted about, concerning how black lung victims are routinely having their claims denied as a result of coal company-sponsored evaluations at Johns Hopkins), the Center for Public integrity has now reported on the extreme reduction of the number of administrative law judges within the US Department of Labor who hear and decide claims under the LHWCA and DBA. The center reports that the number of ALJ’s, nationwide, it has fallen to 35, from 41 earlier in 2013 and 53 a decade ago. This has occurred in the context of a 68% rise of new cases before the office of administrative law judges, and 134% increase in pending cases.

Underfunding of ALJ positions within the Department of Labor routinely results in long delays for the hearing and decision making in claims, often meaning claimants are without any coverage for years. Longshore and military contractor employers and their insurance companies, knowing that the adjudicative process in contested claims has become ridiculously long, are emboldened to sit on monies that are clearly owed to injured workers.  In addition to the injustice to entitled injured workers resulting from this administrative chaos, to the extent that an injured workers medical benefits and indemnity payments are pushed to other systems, such as Medicare, Social Security, and state disability systems, the costs of the Longshore system are shifted to the federal tax payer and away from the employers and their carriers who should appropriately bear the burden.

Read about the specifics of particular cases in the Center’s report here.