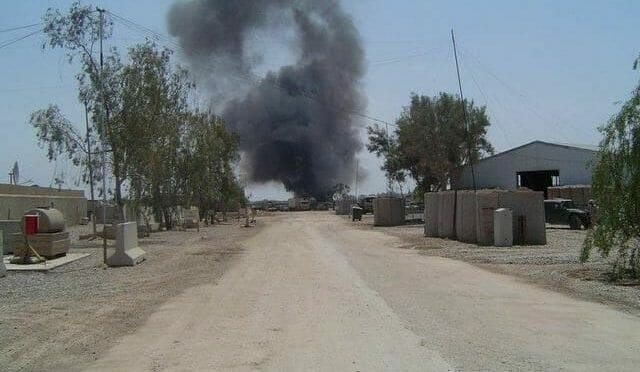 Attorney Jon L. Gelman recently wrote in a blog post that a new study associates lung injuries of soldiers with exposure to dust in Iraq and Afghanistan.  Mr. Gelman writes:

A Federal Court of Appeals has ruled that lawsuits filed by soldiers who were exposed in Iraq and Afghanistan may proceed against military contractors, KBR and Halliburton, from claims by military service members suing over health damage from the contractors’ burn pits. The lawsuits allege that the negligent operation of the burn pits resulted in harmful exposures that caused various illnesses to the soldiers including lung disease, cancers and in some cases death.

“War-related lung injuries have emerged as previously unrecognized health problems. Physicians did not recognize the nature of illness in the beginning of the wars in Iraq and Afghanistan. During the last years of the Iraq War, as well as the ongoing Afghanistan war, new-onset lung problems have been increasingly recognized as being related to deployment in these two countries. Investigators, including our group, have identified asthmatic symptoms or pulmonary function test abnormalities. The Social Security Administration is now compensating for Iraq and Afghanistan war–related lung disease. The Millennium Cohort Study identified 14% of all US soldiers in Iraq with new-onset respiratory symptoms.” – Dr. Anthony Szema

The One Penny Sheet blog shared a November 2009 AFP news post on this topic, describing the lawsuits that may now move forward.  The AFP reported, in part:

Dozens of US military personnel have filed 34 lawsuits against US defense contractor KBR for allegedly incinerating toxic waste and releasing it into the atmosphere in Iraq and Afghanistan.

Each of the lawsuits represent several soldiers but were filed on behalf of at least 100,000 others who are alleged to suffer from health problems resulting from exposure to emissions released by the incineration of waste at military bases.

Kellogg Brown and Root and its former parent company Halliburton, which at one time was led by former vice president Dick Cheney, had a government contract to destroy waste at US bases and camps in Iraq and Afghanistan.

One lawsuit filed in federal court in Nashville, Tennessee charged that they “ignored their contractual obligations and burned vast quantities of unsorted waste in enormous open air burn pits with no safety controls.”

“This misconduct began in 2003 and continues unabated to date,” it alleges.

In a statement posted on its website, KBR said the company posted lists compiled by the US Army of items that could not be disposed of in burn pits.  “If KBR observes a waste generator delivering a prohibited item, its practice is to refuse or remove such items,” the company said.

In addition to members of the military, US employees of those companies providing services in Iraq and Afghanistan may have suffered the same exposures and injuries while working overseas.  These cases can be covered as workers’ compensation claims under the Defense Base Act.  Contact Causey Law Firm to discuss a potential Defense Base Act case in more detail.