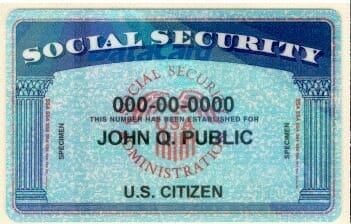 A thought-provoking article about the Social Security Disability (SSD) program appeared in the August 25, 2014 edition of The Hill, a newspaper published for and about the U.S. Congress. The article was authored by Barbara Silverstone, Executive Director of NOSSCR, the National Organization of Social Security Claimant’s Representatives. Ms. Silverstone’s complete article can be accessed on the The Hill’s website.

Ms. Silverstone dispels with factual data some of the myths currently being peddled by certain members of Congress and media outlets. Ms. Silverstone points out the eligibility criteria for SSD are extremely strict, and the burden is on the person applying for benefits to prove, with medical records – not mere assertions, the severity of his or her disabling condition(s). Only about 40% of applications are approved, a fact that belies the claim there is a systematic bias toward approving applicants who are not actually disabled. The current approval rate is the lowest it has been in 40 years.

Ms. Silverstone notes that recent Congressional investigations into allegations of fraud have not identified any cases of fraud beyond those that the Social Security Administration itself has uncovered. She discusses, in particular, the 2012 investigation of Senator Coburn. His staff reviewed about 300 appeals decisions, but failed to identify a single individual who was approved for benefits that should have been denied. Congress complains that the Social Security Administration does not do enough to identify potential fraud in the program, but at the same time Congress has cut Social Security’s budget, providing about $1 billion less than requested over the past three years! As a result, Social Security has lost more than 11,000 employees since 2011. This inevitably has impacted the agency’s ability to serve the American people in many aspects of its operation.