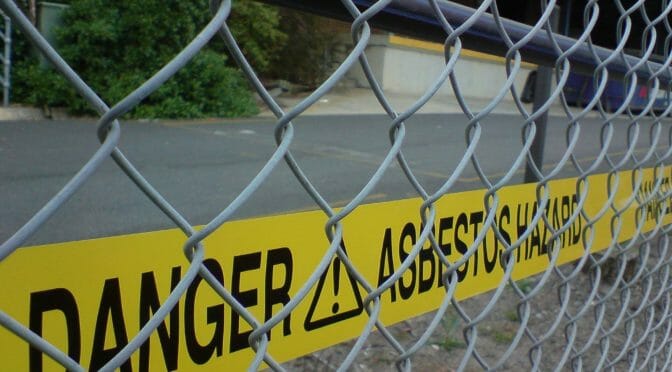 The Department of Labor & Industries (L&I) has cited two employers for violations that exposed workers to asbestos during the demolition of a Seattle apartment building. Asbestos can cause cancer and other fatal illnesses.

An L&I investigation into the Seattle project found a total of 19 willful and serious safety and health violations. As a result, together the businesses have been fined a total of $379,100.

The violations were for asbestos exposure to workers, asbestos debris left on site and other violations that occurred during demolition of an apartment building in the Fremont neighborhood. The three-story, five-unit apartment building was originally constructed with “popcorn” ceilings, a white substance containing asbestos fibers, as well as asbestos sheet vinyl flooring.

Asbestos is an extremely hazardous material that can lead to asbestosis, a potentially fatal disease, as well as mesothelioma and lung cancer. Removal of asbestos-containing building materials must be done by a certified abatement contractor who follows safety and health rules to protect workers and the public from exposure to asbestos. The contractor must also ensure proper removal and disposal of the asbestos materials.

Partners Construction Inc., a certified asbestos abatement contractor at the time, was hired by the building owner to remove the asbestos before the apartment building was demolished.

After several weeks, Partners provided the building owner with a letter of completion indicating that all asbestos had been removed. When L&I inspectors responded to a worker complaint, the inspectors found that the removal work had not been done and approximately 5,400 square feet of popcorn ceiling remained throughout, as well as asbestos sheet vinyl flooring.

Partners came back to finish the abatement work; however, due to a prior history of willful violations, L&I was in the process of revoking Partners’ certification to do asbestos abatement work. In May, Partners was decertified and went out of business.

A new company, Asbestos Construction Management Inc. (ACM), owned by a family member of the Partners owner, took over the job using essentially the same workers and certified asbestos supervisor as Partners, and sharing the same equipment.

A subsequent L&I inspection of ACM found many of the same violations as in the Partners’ inspection. L&I has initiated decertification action against ACM.

The employers have 15 business days to appeal the citation.