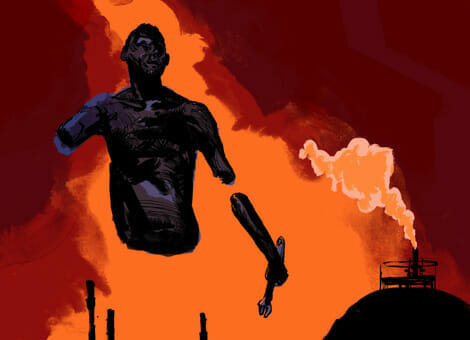 A recent national study confirms what most attorneys who have practiced in the workers’ comp arena have observed over the past ten to twenty years:  the business lobby and the insurance industry, enabled by the ever-increasing takeover of state legislatures by the Republican party, have largely dismembered our nation’s 100-year-old workers’ comp system.  ProPublica, an independent, non-profit newsroom producing public interest investigative journalism, has shined a light on what has happened to the most important safety net for workers.  The full article is here. The whole series is an exhaustive look at the changes afoot; well worth a read.

Under the banner of reforming a system described as suffering “out of control costs,” the allied forces have drastically reduced coverage for injured workers over the past ten years, and have shifted the cost of workplace accident and illness from the responsible businesses and industries and onto the American taxpayer through Social Security Disability Insurance, Medicare and Medicaid, systems now under extreme pressure themselves.

The usual cited basis for these cutbacks and shrinking coverage – rising costs – has now been shown to be totally fraudulent.  Employers are paying the lowest workers’ comp rates since the 1970s, and insurers are enjoying their highest profits in a decade – 18% in 2013.

Some other findings in the ProPublica report:

And what has the federal government done, mandated in 1972 to ensure that states maintained minimum federal standards?  Nothing since 2004, after budget cuts eliminated funding for the feds to track and monitor what was happening in the states.  With the disappearance of any federal oversight, workers’ comp in the states has become a “race to the bottom.”

For context, ProPublica briefly refreshes the mostly-forgotten history of the origins of workers’ comp – the grand bargain arising out of the age of early industrialization that caused grisly, incapacitating injuries whereby workers surrendered their, often illusory, right to sue their employers in return for the limited but certain remedies of workers’ compensation.  Fifty years after most states had enacted workers’ comp laws, a federal commission convened by President Richard Nixon reviewed the state of the laws, found them “inadequate and inequitable,” and made an extensive list of recommendations. The commission advised Congress to mandate 19 of the recommendations as minimum standards, and for a period of time the national state of workers’ comp laws improved.  But about twenty years ago, the rising conservative tide in the states initiated a new era of cutbacks, to the point that, according to ProPublica, only seven states now follow at least fifteen of the commission’s recommendations.

The ProPublica report details several shocking examples of how workers’ comp, shrunken as a remedy by the chambers of commerce whose representatives often write the “reform” legislation in the various states, is failing the American worker.  It cites a study by a University of California health economist who estimates that workers’ comp covered less than a third of injured workers’ medical costs and lost earnings in 2007.

In the summer of 2014 a Florida judge ruled that the state’s workers’ comp benefits had been decimated to such an extent, and that the comp law failed so miserably as to safety, health, welfare and morals, that it had become “unconstitutional.”  That would mean the end of the “grand bargain” in that state and the restoration of the right of workers to sue their employers.  One hundred years after the enactment of the first workers’ comp laws, we may be standing on the precipice of a new era of worker rights for the consequences of workplace injury and disease.