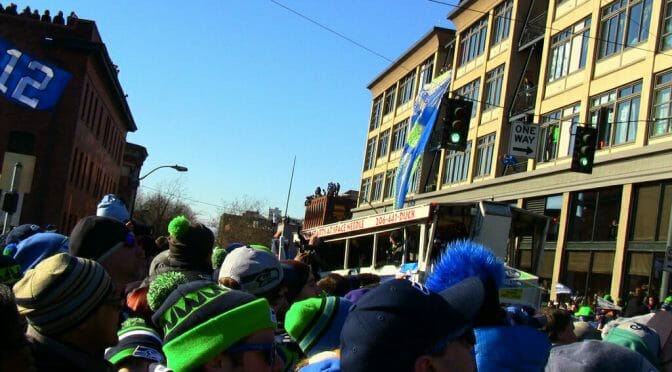 A Spokane Valley man has been sentenced to six months in jail for faking on-the-job injuries and using Seahawks players’ names to get narcotics and other prescription drugs.

Spokane County Superior Court Judge Harold Clarke also ordered Jeffory Leonard Mock to repay the eight Spokane-area hospitals and clinics that he scammed to get drugs. Restitution to the facilities, and to the Department of Labor & Industries, is estimated at nearly $17,500. The 34-year-old pleaded guilty in April to four felony counts of obtaining a controlled substance by fraud.

The Washington Attorney General prosecuted the case based on a Washington State Department of Labor & Industries (L&I) investigation.

Fake workplace injuries to back, buttocks

Mock visited the medical facilities at least 17 times from March 2013 to May 2014, where he obtained Valium, hydrocodone and other prescription drugs, charging papers said. Each time, he falsely claimed he was working when he injured his back, buttocks or another part of his body.

As part of the scheme, Mock wrote sham names on L&I workers’ compensation forms that he completed at the hospitals and clinics. He used variations on his first name or another first name that usually started with “J.” For the last name, he typically signed the surname of a Seattle Seahawk or another pro ball player or coach.

Mock would claim he was injured while working for a moving, roofing or interior design company or retirement home. However, L&I investigators found that four of the employers he listed on forms didn’t exist.

L&I began investigating the case when a real business listed on a form said the reports might have been filed by a former employee: Mock. A handwriting expert examined the bulk of the injury accident reports, and confirmed that each one matched samples of Mock’s writing.