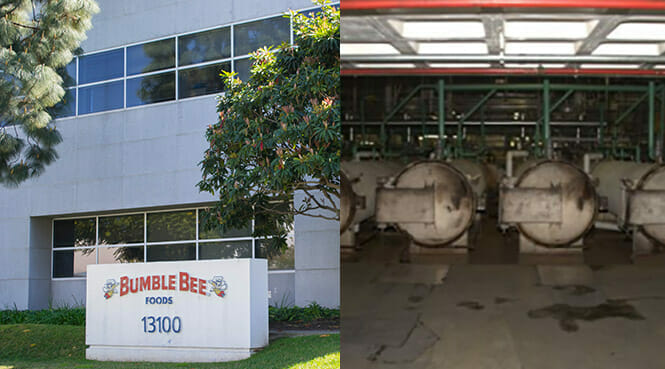 I was horrified when I recently read about a worker for a tuna company who was killed when he was cooked to death at the company’s California canning factory. According to the New York Daily News, the worker, Jose Melena, was performing maintenance in the 35-foot oven when a co-worker failed to notice he was still in the oven and turned it on to begin the steaming process of the tuna. The co-worker assumed Melena had gone to the bathroom.

While there apparently was an effort to locate the worker, his body was not found until two hours later when the steamer was opened after it completed its cooking cycle. As an attorney, my clinical instinct shifts my focus to the mechanics of the accident and to fault. There are so many unanswered questions.  Why didn’t anyone check the machine before it was turned on? Why wasn’t the machine immediately shut down when they realized the worker was missing? As a person with feelings and emotions, I think of the horror and pain he must have gone through and the loss experienced by his family and friends as a result of his death. It is almost too awful to imagine.

While this terrible tragedy occurred in 2012, it appears the reason that the story is currently newsworthy is that the managers were only recently charged by prosecutors in the worker’s death for violating Occupational Safety & Health Administration (OSHA) rules. Closer to home, more recent and just as unfortunate were the cases of the construction worker in Brooklyn who fell six stories from a scaffold while doing concrete work and a restaurant worker who was killed in Manhattan when a gas explosion destroyed the building he was working in.

These stories highlight why safety procedures are so important. In some cases, there are no proper safety precautions in place. In others, there are safety measures in place but they may not have been followed. In rarer cases, crimes are committed that result in workplace fatalities. The failure to follow or implement proper safety procedures was a calculated risk, a terrible misstep, or a downright criminal act. In the case of the worker who died when he fell from a scaffold, there has been speculation that he may not have been attached properly to his safety harness. In the tuna factory death, the managers were charged with violating safety regulations; they face fines as well as jail time for their acts. In the gas explosion, there are allegations that the explosion was caused by workers’ illegally tapping into the restaurant gas line to provide heat for upstairs tenants. Prosecutors were trying to determine criminality; whatever the final outcomes, it appears that in these three instances the deaths were preventable.

According to OSHA rules, employers have the responsibility to provide a safe workplace. They must provide their employees with a workplace free of serious hazards and follow all safety and health standards. They must provide training, keep accurate records, and as of January 1, 2015, notify OSHA within eight hours of a workplace fatality or within 24 hours of any work-related impatient hospitalization, amputation or loss of an eye.

While this may seem like a small step, anything that results in creating higher standards for employers or encouraging them to keep safety a priority is always a good thing. These three examples are only a small percentage of the workplace deaths that occur each year. While not every death is preventable, everyone is entitled to go to work and expect to leave safely at the end of their shifts.