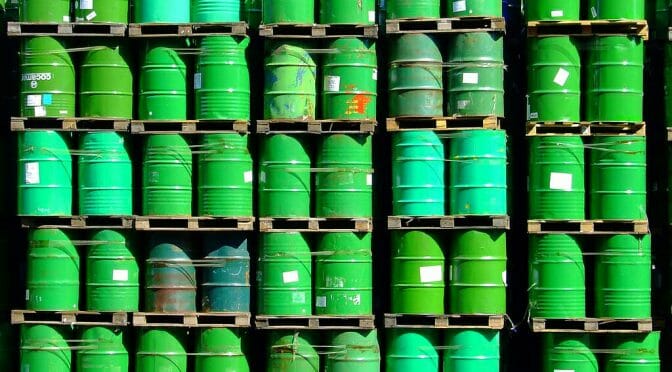 A Seattle employer has been cited for multiple serious workplace health violations after a worker became entangled in a rotating shaft while working inside a confined space. In connection with the citation, the Department of Labor & Industries (L&I) fined Industrial Container Services $215,250 for exposing workers to serious harm or even death. L&I cited the company previously for many of these hazards, but they had not been corrected.

Industrial Container Services refurbishes metal drums and other industrial containers. The company operates a “drum shot-blaster unit,” a 24-foot long tunnel with a series of rotating shafts that move metal drums through as they’re being shot-blasted to remove paint and coatings.

L&I began its investigation in January 2015 after a worker was hospitalized after being injured while working inside a drum shot-blaster. The investigation found that workers were regularly entering the equipment to perform maintenance and repair without the necessary safety precautions.

Working inside a “confined space” area, such as the drum shot-blaster unit, without safety precautions can be deadly to workers and would-be rescuers. Confined space hazards can include suffocation, toxic atmospheres, engulfment, entrapment and other dangerous conditions. These incidents are fully preventable.

When a confined space has hazardous characteristics that could harm workers, it’s considered a “permit-required” confined space. That means employers must control access to the area and use a permit system to prevent unauthorized entry. Anyone working in or around a permit-required confined space must be trained and there must be safety measures and rescue procedures in place.

L&I cited the company for seven “failure to abate” serious violations related to the confined space hazards, and for not ensuring that moving parts were de-energized to prevent workers from becoming caught in machinery. These violations were originally cited in October 2013 and had not been corrected. Each of the violations carries a penalty of $22,750.

As a result of these safety issues, Industrial Container Solutions has been identified as a severe violator and could be subject to increased scrutiny at all its locations nationwide.

The company has appealed the citation. Penalty money paid in connection with a citation is placed in the workers’ compensation supplemental pension fund, helping workers and families of those who have died on the job.

For media information or a copy of the citation, contactElaine Fischer, L&I Public Affairs at 360-902-5413.