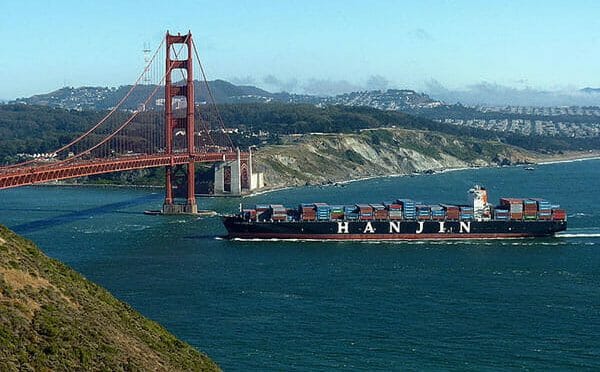 Seattle is making preparations to allow megaships to pull into Seattle as another west-coast shipping option at Terminal 5.  This terminal is currently the only one with direct rail access, greatly reducing the short-haul trucking required on Seattle’s crowded surface streets between the dock and the rail yards.

Contractors will begin driving test piles at Terminal 5 in Seattle the first week of January. The installation will last through March.  The pile driving and testing is part of the design phase of the terminal’s improvements.

Planned dock improvements will make the terminal capable of accommodating heavier cranes and provide deeper drafts to handle the megaships cascading into the trans-Pacific trade. These terminal improvements are aimed at helping us compete in a changing marketplace to support the jobs we have and create new ones, while continuing to drive economic benefits for our communities and customers.

Test results could help reduce the final number of piles required and refine the depth of installation during berth construction. This could help save money and reduce construction-related noise.

About 27 piles will be installed at the edge of the Terminal 5 wharf. Installation and testing will take place 8 a.m. to 5 p.m. Monday through Friday and 9 a.m. to 5 p.m. Saturdays in compliance with the City of Seattle’s noise ordinance.

Once installed, some of the piles will be tested using a method known as rapid-load testing. The testing sounds like a half-second cannon shot. The sound can be as loud as 145 decibels at a distance of 50 feet. Nine tests are planned, with no more than one test per day.

Questions about the pile driving and testing may be directed to 206-787-6886 or Terminal5_Outreach@portseattle.org.