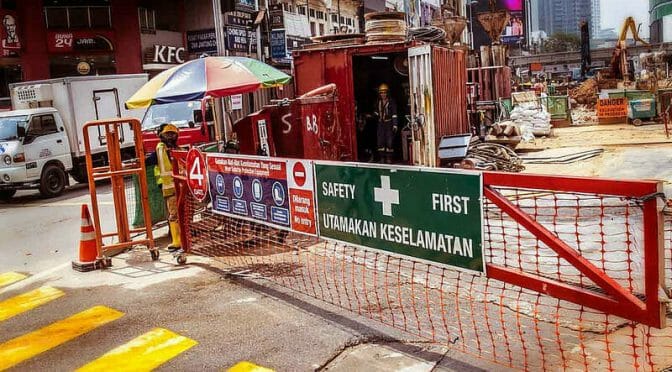 Workplace deaths in Washington declined to a near-historic low in 2015, according to a new Department of Labor & Industries (L&I) report.

L&I data shows only 2011 and 2013 had fewer work-related deaths reported (53 and 54, respectively). Workplace deaths in Washington have declined by about 3.5 percent a year since 2006, when 90 were recorded.

“The decline in these numbers means more people avoided serious workplace incidents and were able to go home safe and healthy,” said L&I Director Joel Sacks. “We’re working closely with businesses and workers in our state to improve safety, and this trend shows we’re making progress. That’s encouraging, but there’s more to do.”

There were fewer fatalities in 2015 involving motor vehicles and machines. In addition, there were no natural catastrophes like the 2014 Oso landslide, which accounted for five deaths. However, in 2015, three U.S. Forest Service wildland firefighters died when their fire engine crashed.

Falls continue to be a leading cause of work-related deaths, accounting for 25 percent (15) of the fatal incidents last year. That’s five more than the 10-year average and the highest number of fall-related deaths since 2006. One-third of fatal falls were from ladders. Even a fall from a ladder just six to ten feet high can be fatal. Six of the nine construction deaths in 2015 were fall related: two were roofers, two were carpenters, one was a plumber and one was a glass installer.

Farm workers, loggers and other workers in the agriculture, forestry, fishing and hunting sector accounted for 15 of the fatalities in 2015. That’s two less than in 2014; however, there has been an average annual increase in the number of deaths in this sector since 2006.

The data comes from the just released 2015 Washington State Work-Related Fatalities Report.  The report includes information on work-related deaths in 2015 that were due to a traumatic incident that same year. It’s based on preliminary information analyzed by theFatality Assessment and Control Evaluation (FACE) program. FACE is part of L&I’s Safety and Health Assessment and Research for Prevention (SHARP) program.

Washington is one of seven states funded by the national FACE research program to identify and study fatal workplace injuries. In recent years, our state has had among the lowest worker fatality rates in the country; the latest data shows that trend is continuing.

“L&I and businesses can use the information in this report to find even better ways to improve safety and health at work and prevent workplace fatalities,” said SHARP Research Director Dr. David Bonauto. “Our hope is that the report will encourage an ongoing discussion of safety and health at every worksite in our state.”

L&I has several resources on its website to help employers and workers address a wide variety of safety hazards. The agency also has safety consultants available to visit worksites for assistance with workplace hazards. Visit http://www.lni.wa.gov/Safety for more information.