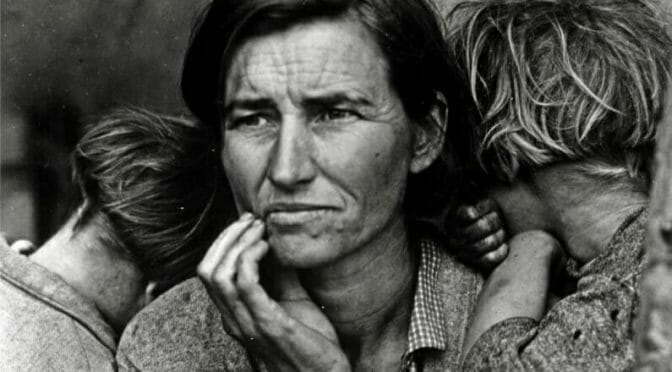 Paul Krugman’s July 4 New York Times Op-Ed column, “Trump, Trade and Workers”, picked apart the economic plans posed by Donald Trump in a campaign speech the prior week.  Mr. Krugman examined “the general thrust of the speech: the candidate’s claim to be on the side of American workers.”  All of the points Mr. Kruman raised are valid.  I wish to add a bit of  perspective, though, from the world of representing injured and disabled workers: an effective safety net is also necessary for a strong middle class.

Krugman: “What’s important is that voters not mistake tough talk on trade for a pro-worker agenda. No matter what we do on trade, America is going to be mainly a service economy for the foreseeable future. If we want to be a middle-class nation, we need policies that give service-sector workers the essentials of a middle-class life. This means guaranteed health insurance — Obamacare brought insurance to 20 million Americans, but Republicans want to repeal it and also take Medicare away from millions. It means the right of workers to organize and bargain for better wages — which all Republicans oppose. It means adequate support in retirement from Social Security — which Democrats want to expand, but Republicans want to cut and privatize.”

Access to Social Security disability benefits has become difficult to obtain, particularly for younger, middle-aged applicants.  Approval rates for applications for Social Security benefits are down across the country but are staggeringly low in some metropolitan areas, such as Seattle.  State’s have been under enormous pressure to reduce costs in their workers’ compensation systems, as well.

In Washington State, changes put into place including a major “deform” movement in 2011, have saved money, granted, but nearly all of the savings were taken out of the pockets of injured workers through reductions in benefits.

Implementation of a required Medical Provider Network with increased cost and hassle for physicians has significantly limited access to the best care for Washington’s injured workers.  We went from one of the best states in the union for high-quality workers’ compensation insurance to a place where many workers avoid filing claims and seek care under private insurance to get the care they need, quickly.

Without sufficient benefit levels and access to quality medical care, families suffer. An injured worker receiving temporary total disability benefits receives compensation while unable to work, typically between 60 – 70% of the pre-injury wage rate although higher wage earners may receive a far smaller percentage if they bump into the cap on benefit levels.  For example, a highly skilled tradesperson, particularly if in a union, may receive compensation at 40 – 50% of pre-injury levels.  It’s hard to maintain a middle-class lifestyle on half of your pay, and even harder if it takes months to get authorization for surgery – the road to recovery can be quite long and bumpy.

Washington’s Retro Group program, where employers can reduce premium costs by opting to pay claim costs dollar-for-dollar and can receive refunds of premiums paid if their costs are lower, have inserted a profit motive into what used to be a strong system where all workers and employers shared the cost of all injuries, spreading the burden out and providing predictable coverage expenses.  With the Retro Program, employers have a vested interest in denying coverage, reducing benefits, denying treatment – every penny saved goes right back into their pocket.  It’s a whole new contentious game.  Note that the workers, who in Washington pay ½ of the premiums charged to employers, never get a refund if claim costs are low.  It is unfair, lopsided and the fights that ensue between workers and employers over coverage are handled by State agencies, State  employees, adding to the State’s expense of running the overall workers’ compensation system and eating into the “savings” gained by the reform efforts.

Workers’ compensation is intended to provide protections to those injured on the job for the purpose of ensuring a speedy recovery and return to employment, hopefully with limited financial impact to the worker and their family.  When done right, the protections can save an injured worker from financial ruin.  Implemented poorly, the system can add to the physical, emotional and financial pain after an injury.