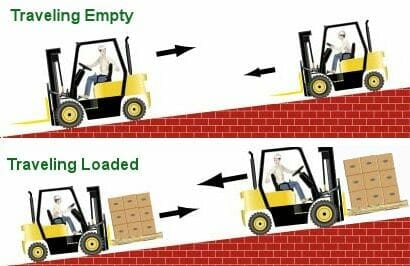 Forklifts are among the most hazardous vehicles in the workplace, with a great risk of injury and death if they’re not maintained and operated safely. Employers who knowingly and repeatedly expose workers to unsafe forklifts may face stiff penalties.

That’s what happened with a company in Westport. The Department of Labor & Industries (L&I) has cited Ocean Gold Seafoods Inc., a total of $117,740 for willful and repeated serious workplace safety violations at its seafood processing plant. Many of the violations were related to forklift safety.

The fines include a willful violation with the maximum allowed penalty of $70,000 for not performing regular safety inspections and not fixing defective items on the vehicles, like nonworking horns and broken seatbelts.

An L&I inspection found that the company rarely performed forklift inspections, and defects that were reported weren’t fixed. There were several instances where forklift seatbelts weren’t in working order, including one that was pulled completely out and wouldn’t retract. Other defects included machines without working horns. This prevented operators from notifying employees in limited visibility areas that a forklift was coming through the door and put pedestrians at risk of being struck and killed.

The employer was cited for a repeat-serious violation with a penalty of $15,400 after the inspector saw two workers operating forklifts without wearing their seatbelts. The seafood company was cited for the same issue in August 2015.

Being crushed by a forklift tipping over is the leading cause of forklift-related deaths in the U.S. If there’s an accident or tip-over, operators are much safer strapped into the seat because they are at lower risk of falling out.

A serious violation exists in a workplace if there is a substantial probability that worker death or serious physical harm could result from a hazardous condition. A willful violation can be issued when L&I has evidence of plain indifference, a substitution of judgment or an intentional disregard to a hazard or rule. General violations are the lowest level and are cited when the violation itself wouldn’t cause serious injury or death.

The employer has 15 days to appeal. Penalty money paid as a result of a citation is placed in the workers’ compensation supplemental pension fund, helping injured workers and families of those who have died on the job.