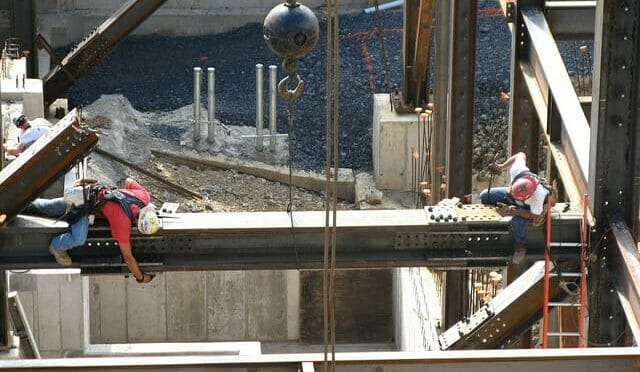 On Dec. 23, on the Upper East Side of New York City, yet another construction worker died. His name has not yet been released, but he was the 31st to die on the job in the city in the past two years. He was working on a nonunion work site, as were 28 of the 30 others. Fabian Para, who worked nearby, explained that “he was on the third floor, and he was wearing a harness but wasn’t hooked to a cable, and when he fell, he just went down.”

Just three weeks earlier, Wilfredo Enriques fell to his death at the old Domino Sugar Factory in Brooklyn. Deaths 27 and 28 occurred on Nov. 22, when a steel beam fell four stories at a Queens job site, crushing George Smith and Elizandro Enriquez Ramos. Mayor Bill de Blasio said that the workers’ deaths were a “tragedy” and that “we need to know, of course, right away whether it was mechanical, or was it human error? We don’t know yet.”

Actually, we do know; it is abundantly clear: We are in the midst of a public health epidemic brought on by inadequate safety regulations and public inattention. Construction-safety lapses happen because it pays for companies to run the risk of letting them happen. When the dead are largely foreign born and, in many cases, undocumented, no one much cares.

Spending in the construction industry is at a record high. And yet many contractors can’t be bothered to pay for training programs and safety measures, even those required by law, such as installing “fall protection” systems like nets and railings. The federal agency tasked with enforcing such safety protocols, the Occupational Safety and Health Administration, is severely understaffed. Between 2011 and 2014, the number of building permits issued in New York City jumped by more than 18 percent, but the number of OSHA inspectors for all of New York State dropped by more than 13 percent (as of 2014, there were only 71 left in the state).

Because there are so few inspectors, only a small fraction of construction sites are ever inspected. When sites are inspected, not surprisingly, OSHA finds a high level of violations. And even when sporadic inspections lead to fines for violations, the fines are too small to deter misconduct. According to records kept by the New York Committee for Occupational Safety and Health, a nonprofit group that lobbies for worker safety, of the city contractors that were inspected from 2009 to 2014, 73 percent had at least one “serious” OSHA violation, mostly of “fall protection” standards — precisely the violation responsible for the most deaths.

Read the full story on NYTimes.com