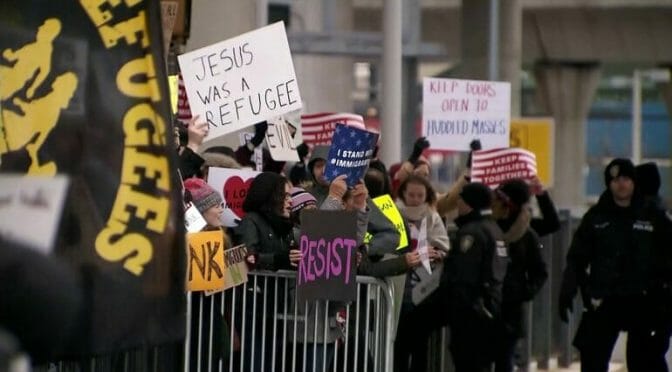 But theory is one things and reality is another.

Mike Elk of Payday Report recently ran an article detailing that workplace deaths among Latinos were the highest in 2015 than they had been since 2007. This spike was attributed in part to aggressive immigration enforcement by the Obama administration which immigrant advocates believed made workers afraid to speak out about working conditions over fear of deportation.

Immigration and workers compensation is often thought of in the context of Mexicans and central Americans working in industries like meatpacking and construction. This is a misconception, the meatpacking industry in Nebraska and elsewhere employs an uncounted but significant number of Somali workers. Somalis are one of seven nationalities banned from entering the United States under President Trump’s order. Ironically Somalis were recruited heavily into meatpacking work after raids during the Bush administration lead to the deportation of Latino meatpacking workers. Somalis had refugee status so there were few questions about their immigration status or eligibility to work legally. Under the new executive order, their immigration status is less secure and they may be less likely to speak out about working conditions.

A smaller but growing number of Cubans are coming to Nebraska for meatpacking work as well. Like Somalis, Cubans are deemed to be refugees so their ability to work lawfully is not a question for employers. However in the waning days of Obama administration, President Obama ended automatic refugee status for Cubans in an effort to normalize relationship with the Castro regime. There was little public outcry over this order like there was for the so-called Muslim Ban. However because of an executive order, Cuban nationals working in Nebraska may be less inclined to speak out about working conditions or claim workers compensation benefits due to newfound uncertainty over their immigration status.