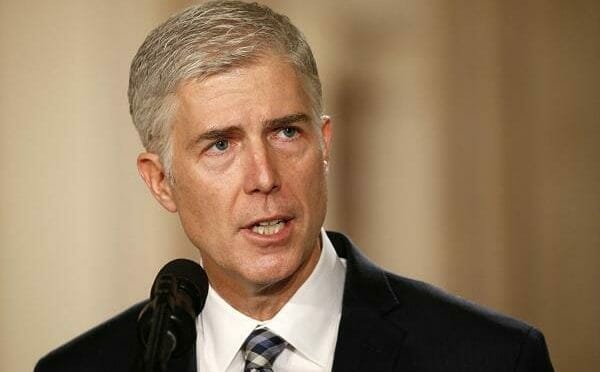 Employers and their attorneys are widely hailing President Trump’s nomination of 10th Circuit Court of Appeals Judge Neil Gorsuch to the U.S. Supreme Court. Part of the reason that management-side lawyers are praising Gorsuch is his position on Chevron deference. Gorsuch’s views on Chevron could affect how workplace laws are interpreted and how they apply to workers.

Chevron deference is a legal rule that a court will give the benefit of the doubt about the interpretation of the law to how the executive agency charged with enforcing that law understands the law. Gorsuch has criticized Chevron on separation of powers basis, stating that Chevron deference gives too much power to the executive branch at the expense of the legislative and judiciary branches. Recently, government agencies have been interpreting employment laws in a way that is more favorable toward employees. Recent rules issued by the Equal Employment Opportunity Commission regarding the Americans with Disabilities Act are a prime example.

Many workers who get hurt on the job are told that they must come back to work with no restrictions. Chevron deference could be a powerful legal tool for workers faced with such policies. The new EEOC regulations on the ADA outlaw 100-percent-healed policies or policies that require plaintiffs to return to work without restrictions. In the EEOC guidance on the issue, the EEOC cites Kaufman v. Peterson Health Care VII, LLC 769 F. 3d 958 (7th Cir. 2014) as an example of policies that they believe to be unlawful under ADAAA. This case represents a subtle but real shift from current 8th Circuit law as stated in Fjellestad v. Pizza Hut of America, 188 F. 3d 949, 951-952 (8th Cir. 1999) where the 8th Circuit joined other federal circuits that held that failure to engage in an interactive process in accommodating a disability was not per se discrimination, and that there was no duty to engage in the interactive process. The EEOC’s interpretations of the new regulations still require that a plaintiff be able to perform the essential functions of the job with or without reasonable accommodation.

But as indicated by Kaufman, courts may be less likely to dismiss cases before trial, or in legal terminology, to grant summary judgment, on the issue of whether a plaintiff could perform the essential functions of the job with or without accommodation if the defendant does not engage in an interactive process or summarily decides that an employee should not be allowed to return without restrictions.

Many workers unwittingly give up their rights to have employment-law disputes heard in court when they agree to mandatory arbitration clauses as a term of employment. In D.R. Horton Inc., 357 N.L.B. No 184 (2012) the National Labor Relations Board ruled that mandatory arbitration clauses prohibited Fair Labor Standards Act collective action cases because they interfered with protected concerted activity under 29 U.S.C. §157 and 29 U.S.C. § 158. In Lewis v. Epic Systems, 823 F. 3d 1147, 1154 (7th Cir. 2016), the 7th Circuit struck down a mandatory arbitration clause partly based on giving Chevron deference to the NLRB’s decision in D.R. Horton. The 9th Circuit agreed with the 7th Circuit in Morris v. Ernst and Young, LLP, No 13-16599 (Aug. 22, 2016). Unfortunately for plaintiffs, the 8th Circuit disagreed with the D.R. Horton decision in Owen v. Bristol Care, 702 F. 3d 1050 (8th Cir. 2013).

If confirmed, Gorsuch would be unlikely to give much weight to the opinions of the EEOC or NLRB in interpreting employment laws. Chevron deference is an unpopular concept with pro-business conservatives. Recently, the GOP-controlled House of Representatives passed legislation that, if enacted, would abolish Chevron deference.

Conversely, Chevron deference is a popular concept with progressive employee and civil-rights advocates, as it allowed the Obama administration to expand employee protections in the face of a hostile Congress. But with the advent of the Trump administration and his immigration policies, progressives have a newfound appreciation for separation of powers.

Also, employee advocates probably will not like many of the new rules and regulations issued by Trump appointees such as Labor Secretary nominee Larry Puzder. A prospective abolition of Chevron could be helpful to challenging rules made by a Trump administration. An example from the last Republican administration is instructive. In 2007, the U.S. Supreme Court in Long Island Care at Home Ltd. v. Coke, 551 U.S. 158 (2007) gave Chevron deference to Bush administration rules to exclude home health aides from coverage under the FLSA. It was nine years later that the rule was overturned, giving Chevron deference to Obama administration rules regarding home health aides and the FLSA.