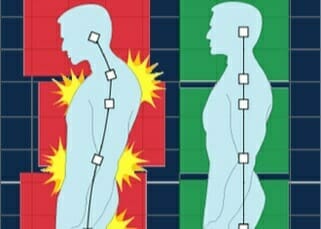 Dr. James Weinstein, a back pain specialist and chief executive of Dartmouth-Hitchcock Health System, has some advice for most people with lower back pain: Take two aspirin and don’t call me in the morning.

On Monday, the American College of Physicians published updated guidelines that say much the same. In making the new recommendations for the treatment of most people with lower back pain, the group is bucking what many doctors do and changing its previous guidelines, which called for medication as first-line therapy.

Dr. Nitin Damle, president of the group’s board of regents and a practicing internist, said pills, even over-the-counter pain relievers and anti-inflammatories, should not be the first choice. “We need to look at therapies that are nonpharmacological first,” he said. “That is a change.”

The recommendations come as the United States is struggling with an epidemic of opioid addiction that often begins with a simple prescription for ailments like back pain. In recent years, a number of states have enacted measures aimed at curbing prescription painkillers. The problem has also led many doctors around the country to reassess prescribing practices.

The group did not address surgery. Its focus was on noninvasive treatment.

The new guidelines said that doctors should avoid prescribing opioid painkillers for relief of back pain and suggested that before patients try anti-inflammatories or muscle relaxants, they should try alternative therapies like exercise, acupuncture, massage therapy or yoga. Doctors should reassure their patients that they will get better no matter what treatment they try, the group said. The guidelines also said that steroid injections were not helpful, and neither was acetaminophen, like Tylenol, although other over-the-counter pain relievers like aspirin, naproxen or ibuprofen could provide some relief.

“Many people with chronic back pain tend to shut down, avoiding their usual activities, afraid of making things worse…”

Dr. Weinstein, who was not an author of the guidelines, said patients have to stay active and wait it out. “Back pain has a natural course that does not require intervention,” he said.

In fact, for most of the people with acute back pain — defined as present for four weeks or less that does not radiate down the leg — there is no need to see a doctor at all, said Dr. Rick Deyo, a spine researcher and professor at the Oregon Health and Science University in Portland, Ore., and an author of the new guidelines.

“For acute back pain, the analogy is to the common cold,” Dr. Deyo said. “It is very common and very annoying when it happens. But most of the time it will not result in anything major or serious. ”

Even those with chronic back pain — lasting at least 12 weeks — should start with nonpharmacological treatments, the guidelines say. If patients still want medication, they can try over-the-counter drugs like ibuprofen or aspirin.

Scans, like an M.R.I., for diagnosis are worse than useless for back pain patients, members of the group said in telephone interviews. The results can be misleading, showing what look like abnormalities that actually are not related to the pain.

Measures that help patients get back to their usual routines can help along the way, as Sommer Kleweno Walley, 43, of Seattle, can attest. Last spring, she slipped on the stairs in her house and fell down hard, on her back.

“After a couple of hours I could barely walk,” she said. “I was in real pain.”

She saw a physical therapist, but the pain persisted. Eleven days later, she showed up at the office of Dr. Christopher J. Standaert, a spine specialist at the University of Washington and Harborview Medical Center. She expected to receive an M.R.I., at least, and maybe a drug for pain.

But Dr. Standaert told her an M.R.I. would not make any difference in her diagnosis or recovery and that the main thing was to keep active. She ended up getting anti-inflammatory medication and doing physical therapy. A few months later, her back stopped hurting.

[Read the rest of the NY Times article here.]

Photo credit: Dreaming in the deep south via Foter.com / CC BY