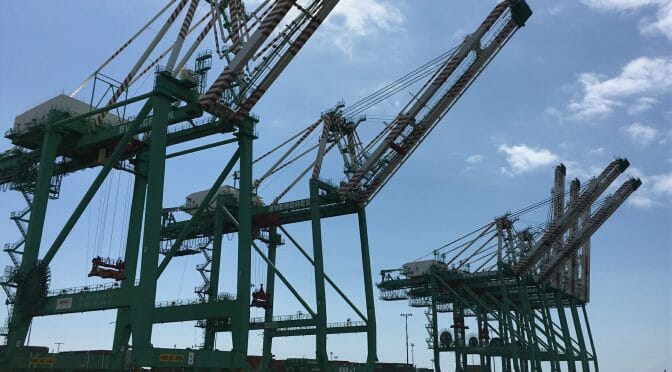 The ILWU’s Coast Balloting Committee confirmed that West Coast longshore workers at 29 ports in California, Oregon and Washington have officially ratified a three-year contract extension with the Pacific Maritime Association (PMA). The Committee carefully reviewed balloting results from all longshore local unions and confirmed a tally showing that 67% of members voted in favor of the extension. The current agreement was set to expire on July 1, 2019; the newly approved three-year pact will extend the expiration to July 1, 2022.

The contract extension will raise wages, maintain health benefits, and increase pensions from 2019-2022.

The results followed a year-long debate and democratic decision-making process which allowed every registered longshore worker from Bellingham, Washington, to San Diego, California, to express their views and cast a ballot.

“The rank-and-file membership has made their decision and expressed a clear choice,” said ILWU International President Robert McEllrath. “During the past year we saw a healthy debate and heard different points of view, with concerns raised by all sides. The democratic process allowed us to make a difficult decision and arrive at the best choice under the circumstances.”

The Northwest Seaport Alliance recently applauded the International Longshore and Warehouse Union’s ratification of the three-year extension to its contract with the Pacific Maritime Association.

“In this incredibly competitive shipping market, a longer contract helps give certainty to importers and exporters that depend on our region to move goods and create family-wage jobs,” said Tom Albro, Port of Seattle commission president and co-chair of The Northwest Seaport Alliance. “This certainty helps us focus on attracting more cargo and growing our market share.”

“We appreciate the cooperative efforts of our labor partners and shipping lines and terminal operators in ensuring that retailers, farmers and manufacturers can rely on our supply chain to move their goods efficiently,” said Dick Marzano, Port of Tacoma commission president and co-chair of the NWSA. “Our region depends on us pulling together.”

Taken together, marine cargo operations in the NWSA’s Tacoma and Seattle harbors support more than 48,000 jobs across the region and provide a critical gateway for the export of Washington state products to Asia.