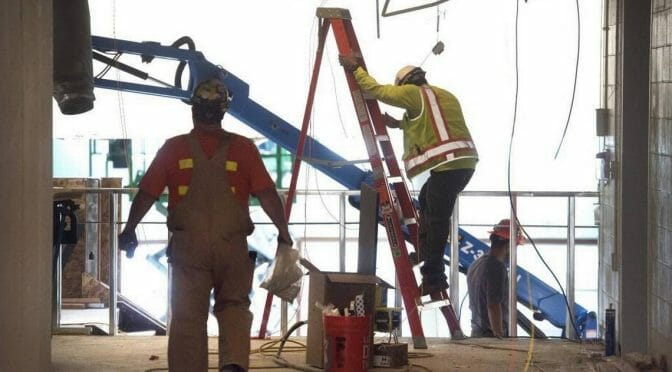 Nine workers received $210,000 in back pay recently for work on 10 Western Washington schools after a Washington State Department of Labor & Industries (L&I) investigation.

The company, I&C Northwest of Bonney Lake, WA, and owner Jim Lingnaw, were cited for the unpaid regular wages and overtime, and for false reporting. The company owes another $218,000 in fines and faces a prohibition from bidding on any public works projects.

Jim Christensen, Prevailing Wage Program manager for L&I, said the citations are based on I&C’s continued violations of state law after the agency educated the firm on requirements for public contracts. The agency warned Lingnaw in January 2016 about receiving fines and disbarment after L&I uncovered the same violations on five other projects. Investigations involving the company go back to at least 2014.

“This case represents examples of repeated violations of the law,” said Christensen, who has more than a decade of experience handling prevailing wage issues. “Our investigation showed I&C falsified pay documents and shorted the workers on each project – this goes beyond a simple, honest mistake.”

I&C paid the wages and has also has appealed the citations to the Office of Administrative Hearings. A hearing has been scheduled for March 26-April 6, 2018.

The citations represent L&I’s continued enforcement against contractors who show a pattern of avoiding requirements under the law, Christensen said. He credited the work of the agency’s industrial relations agents and the state Attorney General’s Office on the case.

The state’s prevailing wage law, triggered when construction uses public funds, covers workers on projects such as schools, roads, and buildings. L&I enforces the law, which protects employees by setting the wages for specific work. The law ensures contractors have a level playing field in bidding public projects.