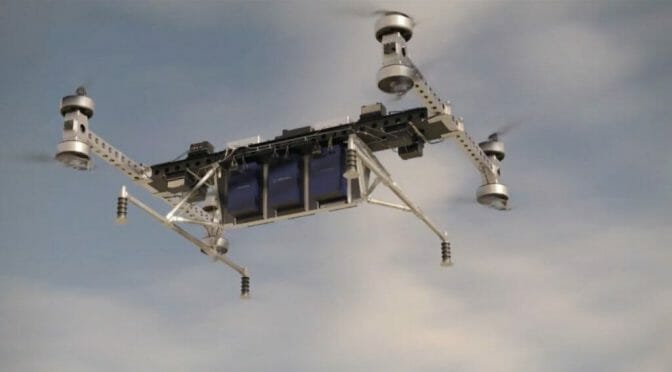 The Boeing Company announced the unveiling of a new cargo air vehicle prototype.

In less than three months, a Boeing team designed and built an unmanned cargo air vehicle prototype. Researchers are using it as a test bed to mature the technological building blocks of safe, autonomous flight.

It stands four feet off the ground and measures 15 by 18 feet. Powered by an environmentally-friendly electric propulsion system, it is outfitted with custom Boeing batteries and eight counter-rotating propeller blades for vertical flight.

Designed to carry up to 500 pounds, the prototype will open up new possibilities for future aerospace vehicles used to transport cargo and other potential logistics applications.

Did you catch the big reveal? Watch it fly: https://www.facebook.com/Boeing/.