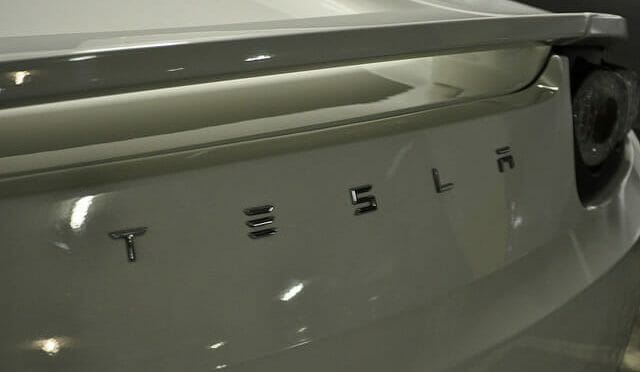 Tesla wants to change the world by selling eco-friendly electric vehicles to the masses. But some of the workers laboring to build that dream have been hurt along the way.

FREMONT, CALIFORNIA — Terrill Johnson was installing car trunks at Tesla’s factory in Fremont, California, when he heard the sound that would define his next few years, if not the rest of his life. “It was a big, loud pop,” he said. In one movement, Johnson had blown out his elbow and his shoulder. “Once the pop came, the pain came.”

That was September 2015. Johnson went on leave for his injury, but on workers’ compensation he earned considerably less than the roughly $1,700 he had earned every two weeks while on the job. Now, two surgeries and more than two years later, he’s still waiting for his workers’ compensation case to be resolved, and trying to make ends meet in one of the country’s most expensive metropolitan areas with just the earnings from his workers’ comp check plus Social Security disability payments from the state. He can’t work out or play sports, and when he walks around, he keeps his injured hand in his pocket because otherwise it swings around and causes him pain.

“I can’t even lift no more than 10 pounds with my left arm, and I’m left-handed,” he told BuzzFeed News. “It took a lot from me. The arm is not going to ever get back to where it was, never.” He said he doesn’t know how he’ll make a living in the five years before Social Security kicks in.

Tesla is the largest and highest-profile electric car company in the world. It’s a $57 billion business built on a message of innovation, ambition, and social good. Its cars, the Model 3, Model S, and Model X, retail for between $35,000 and $79,500, and confer on their buyers not just financial status, but also a certain eco-futurist sheen. Tesla’s founder, Elon Musk, is as famous for wanting to colonize Mars as he is for his ambitious production schedule and boundless idealism. Stenciled over the entrance to the company’s Fremont factory are these words: “Our mission: to accelerate the world’s transition to sustainable energy.”

But while Tesla may eventually reinvent the automobile, it hasn’t yet reinvented automobile manufacturing. Here in Fremont, at the only nonunion US-owned automotive plant in the country, the people who labored to build the future of transportation have done so by working long hours with lower-than-industry-average pay, according to workers, and higher-than-industry average risk of injury according to a prolabor nonprofit.

In the last year, amid a union drive and a string of negative allegations about its working conditions, Tesla has raised starting hourly rates by $2; today, it says, its production line workers are paid better than any other US autoworkers, and its injury rate is roughly equal to the national average.

But 15 people who worked in Tesla’s factory within the last five years describe it as a backbreaking job that placed workers under tremendous pressure to produce — a result of the company’s ambitious production targets — that they say led, in some cases, to lifelong injuries. Between 2012 and early 2017, 180 Tesla employees applied for compensation for partially or permanently disabling injuries, according to a database obtained via a public records request by BuzzFeed News from the California Department of Industrial Relations (DIR). In interviews, several of these injured employees described doing repetitive tasks with little opportunity to rotate positions — in violation of Tesla’s own stated policy, as well as industry norms. Most of these workers were making around $17 an hour before they were injured; several said they ended up losing their homes afterward, unable to pay their rent.

Read the full story and see all of the photos here.
Posted on February 4, 2018

Photo by BitBoy on Foter.com / CC BY