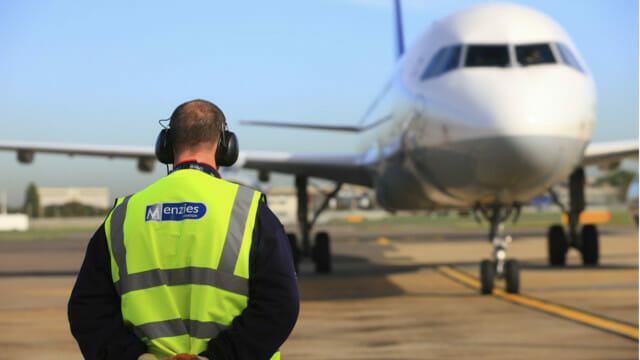 Menzies Aviation has notified the WA Employment Security Department that they will be laying off 63 workers in the state effective July 8th. Menzies Aviation provides ground support at Seattle-Tacoma International Airport.

The notification of this planned layoff does not specifiy what type of workers are being laid off.  Menzies provides ground handling services at Sea-Tac, including baggage and ramp handling, passenger handling cabin appearance and de-icing services.

Menzies made the news in 2005 when, one week after the union rejected an offered contract, Alaska Airlines outsourced 472 baggage handling jobs to Menzies.

The decision came a week after union workers in Seattle and Alaska overwhelmingly rejected a contract offer that included pay and benefit cuts but also a guarantee of four years without outsourcing. The airline had warned since January that it might outsource the jobs if no agreement could be reached with the International Association of Machinists and Aerospace Workers (IAM) District 143. – The Seattle Times, May 14, 2005

The reason for the current round of layoffs was not clear at the time of this writing.