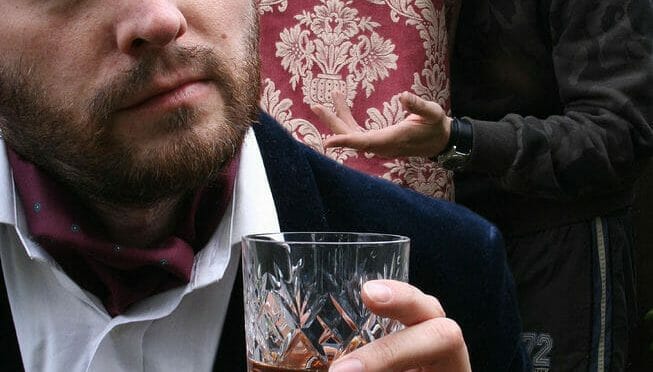 Evidence of the Class Divide

I don’t get it.  According to the polls, apparently, about 47-49% of you, perhaps even over 50%,  will be voting for leaders from a political “party” whose underlying philosophy and interests stand so squarely against yours as a working-class American that you ought to be in the streets, on the picket lines, and storming corporate boardrooms over your current predicament.  Not voting these people into office!

Why are 47-50% of you who work longer and harder than ever, own less than you did before, and have less opportunity to prosper – even considering empowering this cult’s agenda by putting them in office?

The new Republican Party – dramatically transformed from the relatively moderate one I grew up with in the 50s and 60s — can frankly be characterized as more of a political “cult” than a political party that seeks to govern responsibly.  The overarching view of the new party, in the words of Grover Norquist you may have heard, is to “shrink government down to the size it can be dragged into the bathtub and drowned.”   There may be leaders within the new Republican cult who are, individually, somewhat more moderate than the party’s current platform and philosophy, but in my view no working class citizen should be voting for any Republican who generally embraces the current Republican Party’s ideology about the role of government.  And with rare exceptions, that’s all of them, either because they truly believe the nonsense they spout, or they are afraid to buck the Tea Party zealots who advance the cult’s philosophy and goals.

This new cult has fraudulently invested more power in corporate “personhood” than you will ever have as an actual “person.”  Over the past 30+ years it has been responsible for the fact that in constant dollars the wages you now earn are about the same, or maybe slightly higher, than they were in the 1970s; and it has enabled a historic and dramatic shift in the ownership of wealth in this nation away from the working class, such that the top 1% now own 50% of the nation’s treasure.  You have to go back before the Great Depression to find such inequality of wealth, and the accompanying inequality of opportunity.

This cult’s operational scheme over 30+ years has been to shrink the power and resources of the government (except for the military) that enable it to provide programs that serve you and protect your rights and opportunities.  It mostly started with the actor Ronald Reagan who charmed millions into thinking that government “just didn’t work” for people (and it sure didn’t with that chucklehead – if you’re younger than 35 and not a history student, just about everything you “know” about Reagan is wrong, the product of right-wing historical revisionism over the past twenty years or so.)  From that point on, the wealthy and corporate elites gradually manipulated our taxation system from the fair and equitable one it had been for the prior 25 years or so, resulting in drastic reductions in the contribution of corporations and the financial elites to the operation of government, while they simultaneously worked to erode statutory and regulatory protections against another meltdown of our economy.

From your standpoint, the other huge change in the workforce engendered by this cult has been the near total destruction of private sector unionism.  Following World War II, and into the 60s and 70s, a unionized workforce was the bulwark of the middle class, ensuring that a fair percentage of wealth ownership, and the ability to consume the products we were manufacturing, remained with workers.  When I started practicing workers’ compensation and other disability law in 1977, about 33-35% of the workforce was unionized.  Today, in the private sector that number is around 8%.  Other factors, such as the globalization of the economy, have contributed to this development, but make no mistake – it has mostly been driven by the increased power of corporate America to kill unionism, an essential component of the Republican cult’s philosophy.  (Point of irony – who said: “When free unions and collective bargaining are forbidden, freedom is lost”?  Answer:  Ronald Reagan, 1980.  He then gutted the air traffic controllers’ union in 1981.)

Following World War II, and into the 60s and 70s, a unionized workforce was the bulwark of the middle class, ensuring that a fair percentage of wealth ownership, and the ability to consume the products we were manufacturing, remained with workers.

With wages stagnant substantially as a result of 30 years of anti-unionism, and with the shrunken wealth of the middle class, an economy like ours, hugely dependent on consumption by the working class, falters.  The loss of power of the working class, together with the aftermath of our economic meltdown in 2008 – the direct product of the Republican cult’s evisceration of banking and financial regulations over the years – and the failure of the exalted “job creators,” sitting on trillions of cash, to create jobs, all have converged to create a vicious economic cycle from which it will be difficult to emerge for some time.

So who has the best chance to get us –albeit slowly – out of this mess?  What part of the Republican cult’s philosophy of government do you see leading to a brighter future for your economic and other interests?  (So far, I haven’t even mentioned the Republican cult of “privatization” of traditional governmental functions which has us all enriching corporations with no-bid contracts that statistically end up costing your government more for often sub-standard work than would have cost the government to employ people directly to do this work.) Please tell me exactly what part of the Republican cult’s agenda for our economy you really believe will work for you and not exclusively for the very tip-top of this country’s financial elite?  Do you still really believe the cult’s “trickle-down” theory of our economy:  protect corporations and the financial elites that run them from government “interference” and all good things will flow down to float the boat of the working middle class?  How’s that worked out for you so far?  (We’ll leave out of this discussion for now social issues, e.g. women’s reproductive rights, civil rights, climate change, and foreign policy, of which the current R’s have none except occasionally to bluster about starting another war.)

And when you think about how – somehow – the Republican economic agenda is really going to work for your interests, consider another aspect of how a Republican administration would impact the power of the working class:  THE       … SUPREME… COURT… (and the rest of the federal judiciary).   We’re one vacancy away — filled with another Scalia, Alito or Roberts — from the Republican cult running the table on the power of corporate America versus everyone else.  The absurd decision in the Citizens United case, which has opened the floodgates of political money from the corporate elites for the purchase of elections, and ultimately our democracy, will seem mild in comparison to what could be in store with another ultraconservative justice on the Court.

So, as I said at the beginning, I don’t get it – why are 47-50% of you who work longer and harder than ever, own less than you did before, and have less opportunity to prosper – even considering empowering this cult’s agenda by putting them in office?  It’s happened over and over in the past couple of decades – huge swaths of the American working class entranced by the Republican siren song.  How do you see going down that road again changing your prospects?  Some sage once said “the definition of insanity is doing the same thing over and over, and expecting a different result…”