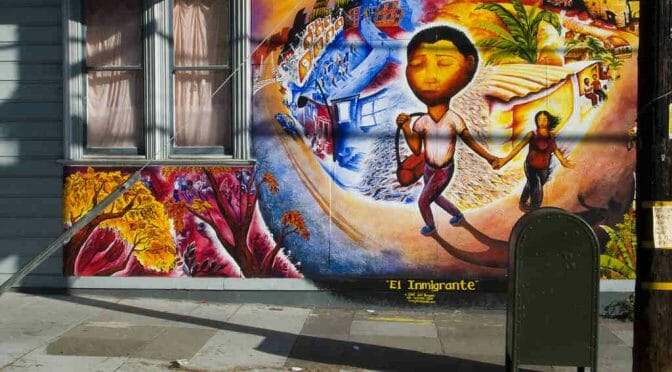 As if there aren’t enough reasons to not report an on the job injury. Now an undocumented employee can risk their employer turning them in to Immigration and Customs Enforcement (ICE) for possible deportation. How deportation will effect the claim is still unknown. The following story was published by National Public Radio on May 17, 2017.

Thirty-seven-year-old Jose Flores and his longtime partner, Rosa Benitez, have been living in Massachusetts for almost seven years. The Honduran nationals both entered the United States by illegally crossing the Southern border.

Benitez, 40 and with tired eyes, says she and Flores had to leave Honduras because of the violence.

‘I Came Here To Fight For My Family’

“Like all of the immigrants arriving from other countries,” she said in Spanish, “I came here to fight for my family. That’s why I’m here. Honduras is terrorized by gangs. I can’t live there. My dad was killed by the gangs. They threatened him and told him to pay a fee, but he didn’t pay it.”

The couple has five children together, three of whom are U.S.-born citizens. The oldest is 17 and the youngest is 2 years old. Benitez says since Flores was arrested by federal immigration agents last week, all of the children are scared and asking when their dad is coming home.

The family has had no income for two months. Flores, the sole provider, hasn’t been able to work since the end of March when he fell off a ladder at a job site, breaking his femur bone in his leg and undergoing several subsequent surgeries. After consulting with attorneys, and even though he’s living here illegally, Flores sought compensation from the Boston-based construction company he was working for.

Stacie Sobosik is a workers’ compensation attorney who’s advising Flores, and she says he’s within his rights.

“Under case law in Massachusetts, undocumented workers are eligible for the same benefits as any other worker injured in the state,” she said.

Sobosik says she works with plenty of clients who are in the country without documentation and often they’re hesitant to report workplace accidents. The fear is that doing so will result in retaliation from employers in the form of a call to Immigration and Customs Enforcement (ICE).

“And we’ve always been able to tell clients,” Sobosik said, “ICE has better things to do, bigger fish to fry, than to come after an injured worker because their boss has reported them.”

But that’s exactly what Sobosik believes happened to Flores.

Fears Bosses Could Retaliate Against Some Immigrant Workers

Sobosik says she could not have expected what would take place when Flores’ boss offered some cash to help the family and arranged a meeting.

“The employer told this worker where to be, at exactly what time, and immigration was waiting,” Sobosik explained.

Lawyers for Flores say it’s still unclear whether the employer — who, it turns out, had no workers’ comp coverage on the day of Flores’ accident — arranged the arrest that day.

>>For photos and to read the rest of the NPR story, click here.