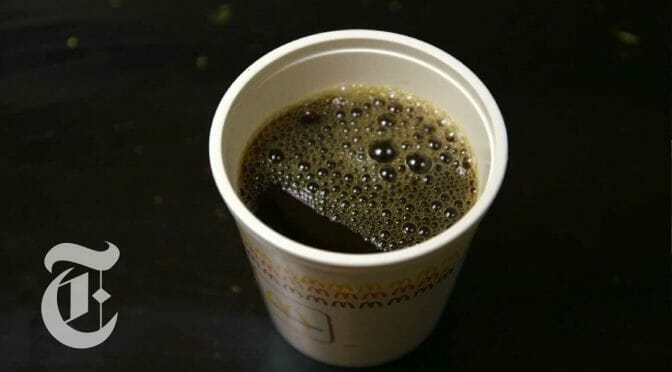 Most people don’t remember her name, but we regularly hear reference to the injury event, even after 20+ years.  This report from the New York Times shatters the myth of a “windfall” settlement. WATCH THE VIDEO – – WOW. – kc

In 1992, Stella Liebeck spilled scalding McDonald’s coffee in her lap and later sued the company, attracting a flood of negative attention. It turns out there was more to the story.

More than 20 years ago, 79-year-old Stella Liebeck ordered coffee at a McDonald’s drive-through in Albuquerque, N.M. She spilled the coffee, was burned, and one year later, sued McDonald’s. The jury awarded her $2.9 million. Her story became a media sensation and fodder for talk-show hosts, late-night comedians, sitcom writers and even political pundits. But cleverness may have come at the expense of context, as this Retro Report video illustrates. A consumer affairs reporter for The Times reflects on how the world has changed since the lawsuit.