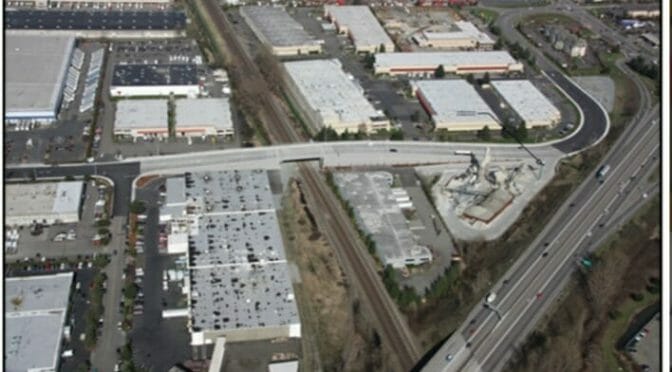 The Port of Seattle Commission has approved transportation funding for a grade separation project in Kent, WA. The South 228th Street project will help traffic flow delayed by railroad crossings. The project improves regional connections between thousands of businesses, employers and 40 million square feet of warehouse and industrial space.The $595,000 in funding contributes to an overall project cost of $25 million.

“The Port of Seattle recognizes the need to keep freight, and all other traffic, moving throughout our region,” said Commissioner Stephanie Bowman. “Grade separations like these are critical to remove traffic bottle necks, especially areas in the Kent Valley that handle the second largest freight and cargo volumes on the West Coast.

“The success of both the Port of Seattle and the Kent Valley’s robust manufacturing, warehouse and distribution activity depends upon safe, reliable, timely connections to the Ports of Seattle and Tacoma, and increasingly to Sea-Tac Airport,” said Kent Mayor Suzette Cooke. “Kent’s South 228th Street has been designated as a key freight route, attracting Port customers who value timely access. The elimination of the chokepoint at the Union Pacific Railroad crossing will help ensure our region’s future as a premier manufacturing and distribution center of world-wide importance.”