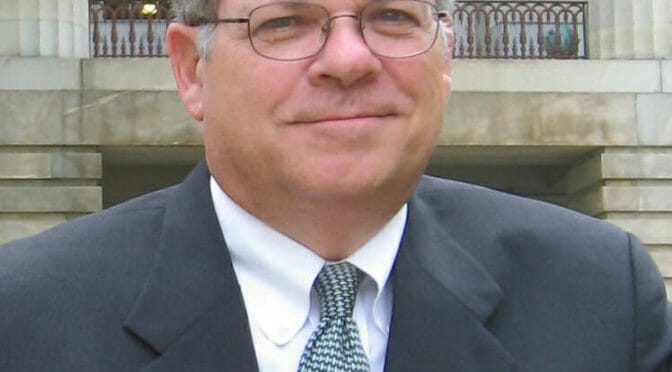 Every year we hear about fraud in Workers’ Compensation cases and the public believes the fraud is employee driven. However, in 2009 I began tracking the Top Ten Fraud Cases and 100% of the Top Ten between 2009-2012 involved employers or shady characters posing as legitimate businesses. The amount of employer fraud is staggering. In 2013 one employee fraud case did crack the Top Ten, so the record is now 49-1 (employer fraud v. employee fraud) over the past five years.

Washington similarly allows employers to access all prior claim records, even from other employers, when one of their employees files an injury claim. Workers’ compensation claims already had a lower privacy standard than other types of records – workers’ compensation is excluded from HIPPA protections – but this now allows easy access to all records, relevant or not, once a worker files an injury claim.

Republican legislators are feeling their oats these days. Throughout the Midwest, legislators are depriving workers of collective bargaining rights and trying to restrict workers’ rights in workers’ compensation claims.

In Missouri, workers’ compensation legislation was recently proposed that would have permitted an employer to provide a potential hire’s name and Social Security number so an employer could identify the potential employee’s prior workers’ compensation claims and the status of those claims. The Missouri Division of Workers’ Compensation estimated an online data base that would include over a half million claim records with over 10,000 records added each year.

Wisconsin’s workers’ compensation records are subject to Wisconsin public records law, except for records identifying an employee’s name, injury, medical condition, disability, or benefits – which are confidential.  Authorized requestors are limited to parties of the claim (the employee, the employer, and the insurance carrier), an authorized attorney or agent, a spouse or adult child of a deceased employee. Workers’ Compensation Division staff may provide limited confidential information regarding the status of claims to a legislator or government official on behalf of a party. In addition, workers’ compensation staff are not permitted by law to conduct a random search to determine if other injuries have been reported.

If the requestor is the same employer or insurance carrier involved in a prior injury, then access will be allowed. If the requestor is a different employer or insurance carrier but they make a reasonable argument that the prior injury and the current injury are related, access may be allowed. For example, the Department considers injuries “reasonably related” if the two injuries involve the same body areas.

Simply put, in Wisconsin, at least for the present, claimant information is confidential and not open to the public, other than to the parties to a current claim. 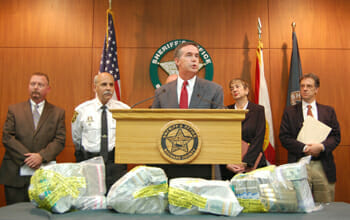 Over the past few years, many states have aggressively gone after workers’ compensation fraud (whether it’s the employee or the employer) and the amount of employer fraud being discovered continues to be staggering, notwithstanding these efforts. Legitimate business owners that pay for workers’ compensation, as required by law, are at a competitive disadvantage with those who cheat the system, and when people suffer a workplace disability and have no insurance local businesses that provide goods and services feel the pain along with health care providers who cannot get properly paid for their services. The cost of medical care and disability ends up being shifted to the taxpayer through Social Security, Medicare and Medicaid, and in states where compliance is not vigorously enforced a culture of cheating continues. The top ten cases for 2012 are listed below.

Multiple arrests were announced in Florida’s joint task force’s ‘Operation Dirty Money,’ which led to the arrest of alleged ringleader Hugo Rodriguez, owner of the Oto Group, Inc., and seven other individuals. Mr. Rodriguez was the facilitator of 10 known shell companies that funneled in excess of $70 million in undeclared and undetected payroll through different money service businesses. By using shell companies, Rodriguez was able to run a large construction operation and avoid paying the cost of workers’ compensation coverage, leaving employees at risk and scamming legitimate businesses.

Ohio: May 13, 2012 Thousands of Ohio companies violated state law by not paying their most recent workers’ compensation premium, which can drive up insurance costs for businesses that follow the rules, a Dayton Daily News analysis found. The bureau identified about 41,247 private employers in the state that failed to report their payroll data and submit premium payments by the deadline. As of May, more than 12,200 accounts remain outstanding, and those companies owe an estimated $5.6 million in premiums.

3. Case Proves Employee Leasing too Good to be True

$4,466,500.00 was awarded in a Texas court against a staffing agency and its workers’ compensation insurance company. Jackson Brothers Hot Oil Service hired Business Staffing, Inc., (BSI) in 1999 and required BSI to have workers’ compensation insurance for its leased employees. BSI had 150 client companies with 2,000 employees. BSI bought a policy from Transglobal Indemnity for a total premium of $4,100.00 to cover all its employees. After failing to pay the medical bills of a 27-year-old oil field worker who was in an explosion and had 18 surgeries, the employee and Jackson Brothers sued BSI and Transglobal for fraud. Neither Transglobal (who had its corporate headquarters in the Turks and Caicos Islands) nor BSI had a license to conduct insurance business in Texas.

Construction business owner George Osumi of Irvine, California was indicted on numerous felony counts of misrepresenting facts to the State Compensation Insurance Fund, among other charges. From December 2001 to March of 2006, Mr. Osumi committed workers’ compensation premium fraud by reporting his payroll to SCIF at just over $1 million, under-reporting over $3.5 million in payroll. This fraud resulted in a loss of over $814,000.00 in premium owed to the insurance fund.

5. Watertown Roofing Company and its Owners Plead Guilty and are Sentenced for Labor Violations

Newton Contracting Company misclassified half of its workforce as subcontractors.

The Massachusetts Insurance Fraud Bureau discovered that the company, Newton Contracting Company, Inc., owned by Shaun Bryan and Antoinette Capurso-Bryan, misclassified half of its workforce as subcontractors, as well as failing to disclose to auditors more than $3.4 million of their company’s misclassified subcontractor payroll during its annual workers’ compensation audits.

Steven Morales, 65, of Wildomar, CA was convicted and sentenced to seven years in prison for his part in a $3.1 million workers’ compensation scheme. His son Brian was also convicted and sentenced to 4 years in prison. Morales and his son had set up a sophisticated system of shell companies to hide payroll and avoid paying workers’ compensation premiums.

Randall Seltzer, president of Navarre Industries, Inc., was charged with multiple felony counts, including workers’ compensation fraud. An investigation by Florida’s Department of Financial Services’ Division of Insurance Fraud revealed that Seltzer systematically and intentionally under-reported his corporation’s true payroll to his insurance carrier. The department’s Division of Workers’ Compensation issued the company two stop-work orders within a five-year period. Seltzer allegedly established a shell corporation in 2011 to intentionally violate the stop-work orders and continue operating his construction business illegally. If convicted, Seltzer could face up to 30 years in prison and pay over $2.8 million in restitution.

Yucet Batista was arrested for allegedly creating more than 250 fraudulent certificates of insurance to help uninsured contractors avoid $2.1 million in workers compensation premiums. Batista created the company and obtained the workers’ compensation insurance policy for the purpose of “renting” it, or making it available to dozens of uninsured subcontractors for a fee.

In 12 audits conducted by the Joint Enforcement Task Force on the Underground Economy and Employee Misclassification and the Executive Office of Labor and Workforce Development, it was discovered that there were $584,249.00 in misclassified 1099 wages and $584,287 in unreported W-2 earnings, for a total of $1,171,536.00 in unreported wages by subcontractors on the Marriot renovation project. Six companies misclassified workers as contractors rather than employees, and seven companies failed to report wages. Among the worst of the offenders were one company that misclassified 28 workers and failed to report over $410,000.00 in wages; another failed to report $462,081 in W-2 wages.

Owners of the historic Brookdale Inn and Spa are facing trial on charges of falsifying wage information to obtain lower insurance premiums.

The owners of historic Brookdale Inn and Spa, Sanjiv and Neelam Kakkar, are facing trial on charges that they falsified wage information to obtain lower insurance premiums. According to records, the couple paid approximately $800,000 less in insurance premiums than they should have over a period of several years.