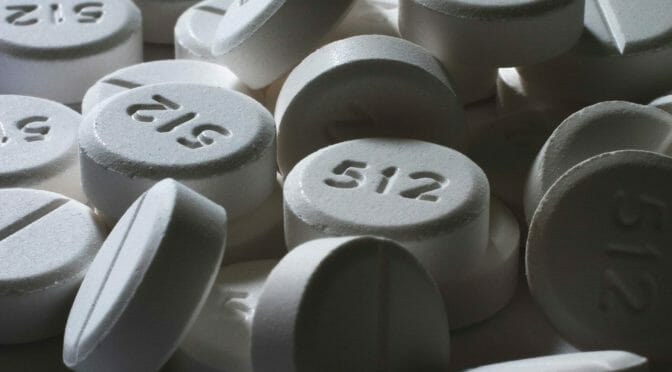 The following is an exerpt from a New York Times article by Sabrina Tavernise publised on March 15, 2016.

New C.D.C. guidelines on opioids like Percocet are likely to have sweeping effects on the practice of medicine.

In an effort to curb what many consider the worst public health drug crisis in decades, the federal government on Tuesday published the first national standards for prescription painkillers, recommending that doctors try pain relievers like ibuprofen before prescribing the highly addictive pills, and that they give most patients only a few days’ supply.

The release of the new guidelines by the Centers for Disease Control and Prevention ends months of arguments with pain doctors and drug industry groups, which had bitterly opposed the recommendations on the grounds that they would create unfair hurdles for patients who legitimately have long-term pain.

In the end, the agency softened the recommendations slightly but basically held its ground, a testament to how alarmed policy makers have become over the mounting overdoses and deaths from opioid addiction. Opioid deaths — including from heroin, which some people turn to after starting with prescription painkillers — reached a record28,647 in 2014, according to the most recent federal statistics.

“These will become the definition of the standard of care, because of the clout of the Centers for Disease Control.” – Myra Christopher, the director of the Pain Action Alliance to Implement a National Strategy, a coalition of medical and patient advocacy groups focused on chronic pain care that had opposed the guidelines.

READ the full article and VIEW the graphic map depicting the rise in drug-related deaths across the country since 2005 HERE.