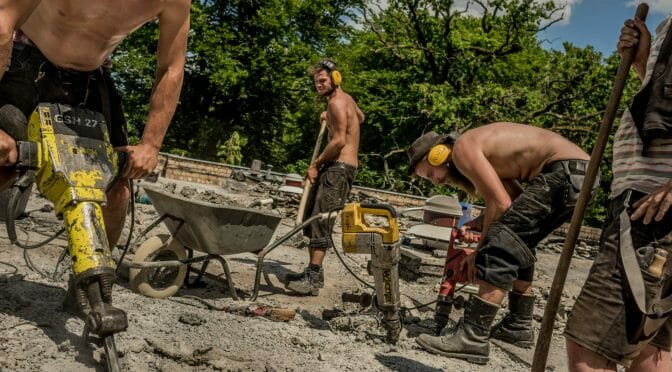 Cleaving to the Medieval, Journeymen Ply Their Trades in Europe

They hitchhike across Europe, instantly recognizable in the wide-bottomed, corduroy trousers, white shirts and colored jackets that identify them as bricklayers, bakers, carpenters, stonemasons and roofers.

They are “Wandergesellen,” or journeymen — a vestige of the Middle Ages in modern Europe — young men, and these days women, too, who have finished their required training in any number of trades and are traveling to gather experience. Most are from German-speaking countries.

In the past, journeymen traveled under the auspices of a trade association, and today many still do. But many also take up the practice freely, though still adhering to the strict, often arcane, rules handed down largely through word of mouth to preserve the tradition.

According to custom, young men and women wishing to become journeymen find someone already on the road to sponsor them and help organize their trip. Prospective journeymen are debt-free, unmarried and no older than 30. They agree to stay away from home for at least as long it took to complete their traineeship — usually two or three years — plus a day, and to live by their wits, their trade and the generosity of strangers.

Read the rest of the NY Times article – and see the fantastic photos! – here…

Photo: Journeymen restoring the roof of a building where they have volunteered to work. Credit Tomas Munita for The New York Times