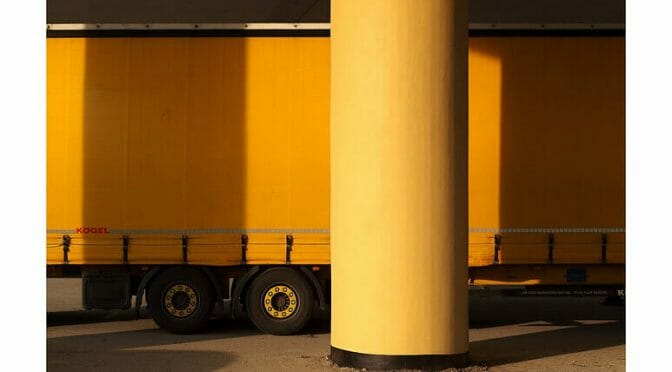 Costco, the Issaquah-based company and one of the world’s largest retailers, has stopped doing business with a California trucking company accused of trapping drivers in debt and then using it to force them to work overtime.

The action comes as brands across the U.S. face increased scrutiny for ignoring labor abuses in their supply lines, a widespread problem first revealed in a USA TODAY Network investigation in June.

Earlier this month, four prominent Democratic Senators, led by Sherrod Brown of Ohio, sent letters to 16 retailers, calling on them to root out “shameful” labor abuses first outlined by the USA TODAY Network.

Both retailers declined to comment on their actions. Alan Ta, chief operating officer for Pacific 9, said that even before Costco withdrew, his company had stopped leasing trucks to drivers and launched a series of reforms to improve their pay.

A wave of pressure from retailers and manufacturers has hit port trucking operations across the industry, according to drivers who say their employers have been fielding calls from clients.

Those clients include Walmart, which pledged in a letter responding to the senators that it would cancel contracts with any trucking company that did not provide “assurances” it was following fair labor practices.

“Any motor carrier that fails to comply with law, such as those alleged in the article, would be in violation of our contract and would therefore be subject to cancellation,” he wrote.

The series revealed how port trucking companies in southern California have spent the past decade forcing drivers to finance their own trucks through company-sponsored lease-to-own programs they could not afford.

The longer drivers worked, the more trapped they felt. After just a few months, drivers typically had paid thousands of dollars towards a truck.

If drivers quit or got fired for any reason, most of them lost the truck and everything they had paid in. Many worked 20 hours a day to keep up with their truck payment and feed their family.

Read the rest of the report… 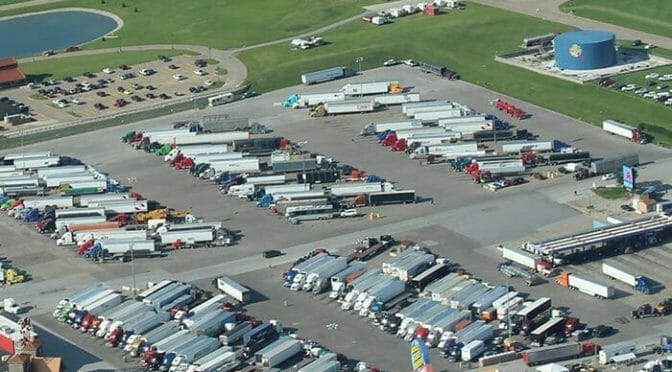 While bridge collapses make for dramatic footage and almost everybody encounters the more mundane danger of potholes, truck parking is not an infrastructure issue that most people think about, but it is a very important issue for over-the-road truckers.

Lack of truck parking is a safety issue for many reasons. Lack of parking for truckers makes it harder for them to find a place to sleep, which leads to more accidents. Additionally, drivers are forced to park in unsafe locations, like the shoulders of roads, which can lead to even more safety hazards.

I travel quite often on I-80 (which generally follows The Oregon Trail) when I travel between Lincoln and central Nebraska to meet with and represent my clients in places like Grand Island, Hastings, Kearney, Lexington and North Platte. I like the fact that Nebraska has plenty of places to stop for personal comfort, check email or even take a quick nap. But even in a state like Nebraska, where hospitality to overland travelers is an integral part of our state’s history, I still see safety issues with truck parking. The parking lots in many trucks stops are very rough from the weight of the trucks. This can lead to slip and fall injuries. Stops need to be well-maintained so that they remain safe. Do you drive a company vehicle as part of your job?

Many find themselves in the situation where they travel regularly, or on a special errand from time to time, as part of their job.

In the unfortunate scheme of things, if you are involved in an accident while driving, whether it is your fault or not, you are covered by and entitled to workers’ compensation benefits just as any other employee who suffers an accident on the premise of an employer.

More importantly, if the cause of the accident was not due to negligence of your own, but that of a third party, you have a right to bring a third-party negligence action against the party responsible for causing the vehicle accident. This right is separate and distinct from the workers’ compensation benefits that you are entitled to. Further, you also potentially have the right to bring an underinsured motorist coverage claim under your employer’s motor vehicle coverage as well as your own underinsured motorist vehicle coverage. These, too, are separate and distinct from the workers’ compensation benefits you are entitled to.

It is important to note that the employer would have a subrogation right to be reimbursed for workers’ compensation benefits paid on your behalf against that of any third-party negligence claim where you obtained a recovery. However, as underinsured motorist coverage is typically viewed as contractual benefits in nature, there is no subrogation right from your employer if underinsured benefits are obtained in Nebraska.

If you or someone you know was injured in a motor vehicle accident that arose out of and in the course of one’s employment, there are significant issues to be aware of in order to obtain a recovery that meets your needs. If you have any questions or uncertainty when dealing with this point of law, please seek the advice of an experienced attorney who can help steer you in the best course of action.