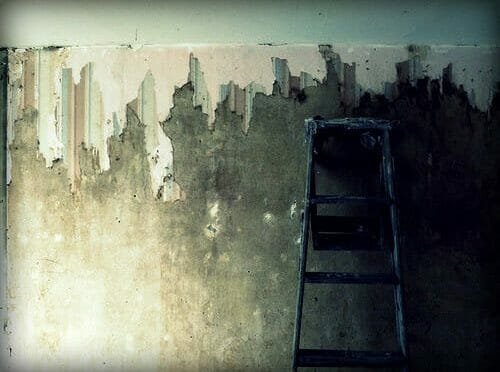 A Kent man faces criminal charges in a scheme that left consumers with unfinished and botched landscaping projects despite paying thousands of dollars.

Honorio Mendez-Ortega, 42, faces four counts of performing or offering to perform work as a construction contractor without being registered by the state.

The King County Prosecutor filed the charges based on contractor compliance investigations by the Washington State Department of Labor & Industries (L&I).

Unregistered contracting is a gross misdemeanor punishable by up to 364 days in jail and $5,000 fine.

“It’s horrible when someone uses elaborate lies and deception to fool consumers,” said Elizabeth Smith, assistant director for L&I’s Fraud Prevention & Labor Standards. “But we see it all too often. Even if a friend or a home referral service recommends a contractor, you still need to do your homework and check with us for tips.”

Consumers should always hire contractors registered with L&I, and never pay in full until the job is done right.

Renton couple pays $32K for job that was never finished
Consumers found Mendez-Ortega through an online, construction referral service and Craigslist ads. He’s accused of using company names and contractor licenses that were registered to other people.

In the most recent case, investigators say Mendez-Ortega accepted more than $32,000 from a Renton couple last year. According to the charges, he agreed to build an outdoor kitchen and patio and to landscape their yard even though he was not a registered contractor.

Charging papers say that Mendez-Ortega quit in the middle of construction and refused to finish or return the couple’s money. What little work Mendez-Ortega’s crew had done was so poor it had to be redone.

Mendez-Ortega told the couple his business was Best Way Services LLC, a construction company that turned out to be registered to a man in California. The couple wrote two checks to the company, court papers said, and at Mendez-Ortega’s direction, wrote the remaining $17,000 in checks to him personally.

Victims in Kirkland, Maple Valley, Bellevue and Seattle lose $27K
Mendez-Ortega was recently arrested on a bench warrant for three unregistered contracting charges that were filed last year for incidents around King County in 2014 and 2015. The arrest warrant was issued after he failed to appear for arraignment.

According to charging papers, Mendez-Ortega failed to finish landscape projects for two of the customers, and never even showed up for work after accepting deposits from two other homeowners.

He falsely told those victims that his business was Spike Services LLC, charging papers said. Though he didn’t own the company, he introduced himself using the real name of the owner. It turned out the owner was a college student from Seattle who was attending classes in Jakarta, Indonesia, when many of the incidents occurred.

Since 2013, L&I has cited Ortega-Mendez with 11 civil infractions for unregistered contracting. He owes L&I more than $84,000 in fines, in unpaid employee wages, and workers’ compensation insurance premiums. He owes the state Department of Revenue more than $151,000 in unpaid taxes.

Ortega-Mendez originally used his own name to register two contractor businesses from 2003 to 2011. The registrations were suspended partly because of $83,000 in court judgments to harmed customers. He could not register again until he paid the judgments and met all other requirements.

State law requires construction contractors to register with L&I. The department confirms they have liability insurance, a business license, and a bond – requirements that provide some financial recourse to consumers if problems arise.

L&I can issue violators a civil infraction, refer them for criminal prosecution or both.

*         Beware if you’re asked to write checks to an individual, instead of a company.

*         Check out contractor references and credentials.