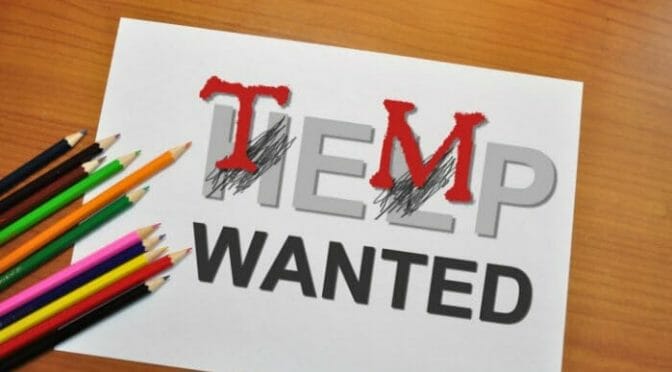 Temporary Help Employees Can Sue Their Employers? …. Well, maybe not.

The Wisconsin Court of Appeals considered the following issue: can a temporary help employee who was injured at work elect not to pursue a worker’s compensation claim and, instead, actually sue their employer in civil court?  The Court said the answer is “YES.”

Wait….what?!  That is not how the worker’s compensation system was supposed to work.  Cue panic mode for employers who used temporary help employees.  (or at least until the legislature “fixed” this).

The necessary background (and backbone) of the worker’s compensation system is the 100+ year old “grand bargain” between employers and employees.  Employers agreed to provide smaller, defined benefits regardless of fault for the work injury, while employees gave up the right to tort damages (like pain and suffering) in exchange for those benefits.   Thus, worker’s compensation became the worker’s exclusive remedy against the employer.  A worker cannot sue their employer (or co-worker) for a work injury.

Mr. Rivera’s estate did not pursue a claim for worker’s compensation death benefits.  The estate instead sued the placed employer, Alpine Insulation, in circuit court for tort damages.   Alpine and West Bend Mutual argued that the work comp exclusive remedy protects them from these types of lawsuits.

[Note: the facts are unclear about whether there was an “election” not to pursue a work comp claim.  There could have been difficulties by the work comp carrier in determining if there were any eligible surviving dependents.  There also could have been issues involving establishing the employment relationship with Alex Drywall.  This is mere speculation, but it is interesting to think about how the case genesis]

The Court of Appeals interpreted the relevant statutes to allow the tort suit to proceed!  Specifically, Section 102.29(6)(b)1. says that “no employee of a temporary help agency who makes a claim for compensation may make a claim … in tort against … any employer that compensates the temporary help agency for the employee’s services.”   The Court ruled that because Rivera’s estate had never pursued a worker’s compensation claim, the statute actually allowed the tort suit.

Based on the immediate outrage and backlash in the employer community (and specifically the massive amount of employers who use temporary help employees), the Wisconsin legislature moved swiftly to “fix” this perceived loophole in the law.   The legislature passed 2017 Wisconsin Act 139 (effective March 1, 2018). The Act amended the governing statutes in Section 102.29 to now state that “no employee of a temporary help agency who has the right to make a claim for compensation may make a claim … in tort against … any employer that compensates the temporary help agency for the employee’s services.”