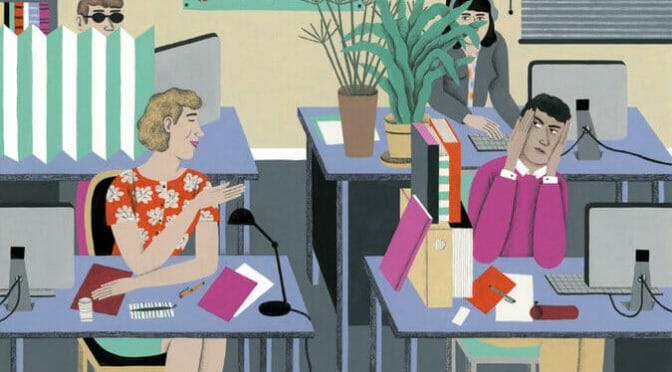 NY Times article “Friends at Work? Not So Much”

The New York Times recently published an op-ed claiming that the amount of people who seek or maintain friendships in the workplace has dropped in recent decades. Where people once looked to the workplace as a main source of long-term friendships, by 2004 only 30% of Americans said they had a close friend at work. The article cites several studies that show we communicate better and are more productive when we work with friends.

In workers’ compensation, we represent employees who have been injured on the job. More often than not when an injured worker calls our office they are upset by how they have been treated by their employer once they were injured, especially if they have worked there for a long time. If an employee develops a close relationship with their coworkers and their boss, when they get hurt on the job, they suddenly feel like those relationships were one-sided because they feel they are tossed aside as soon as they get hurt (oftentimes for no fault of their own).

Injuries at work can change workplace relationships. The employer often must hire a replacement, which requires additional expenses, and co-workers might feel they are caught in the middle. We often ask workers who call our office whether they are on good terms with their employer because when they are, things tend to go a lot easier. If you have friends at work and get injured, will that make the process better or worse? Would you feel that your employer and co-workers will go to bat for you or will you feel more hurt because people might distance themselves from you? I like to think the former. Either way it’s a safe bet for all parties to be open and honest with each other and most of all, be kind to each other- no one wants to get hurt.