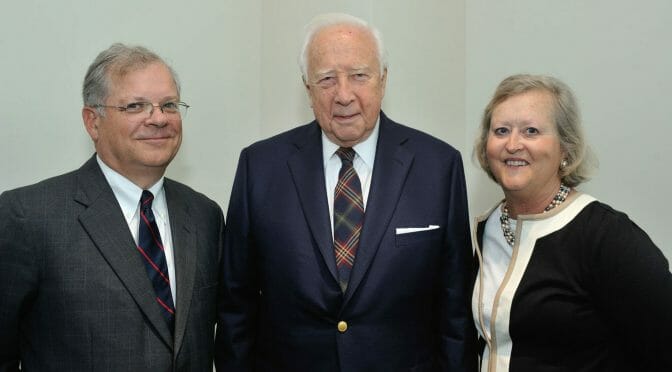 My wife and I recently attended a presentation in Raleigh, N.C. by David McCullough, the Pulitzer Prize winning author and narrator of Ken Burns’ The Civil War, about his most recent book, The Wright Brothers. He explained that although neither Wilbur nor Orville had a college degree they were nevertheless well-read, intelligent, and extremely disciplined. They were also confident and did not let criticism get in their way.

Although they valued privacy they eventually became two of the most famous people in the world. They were thrown into a glamorous crowd as they demonstrated the ability to fly their plane in Paris, London and New York, and as they walked among the wealthy they commented that never in their lives “had they been among so many who, by all signs, had little to do but amuse themselves.”

Wilbur died of typhoid fever in 1917 when he was just 45 years old. In 1932 (28 years after the original 1903 flight) Orville attended the ceremony in Kitty Hawk, N.C. that dedicated the impressive Wright Memorial. He died of a heart attack in 1948 at age 77, and approximately 25,000 people passed by his coffin out of respect. Both men were wealthy when they died and Orville had an estate worth about $10 million in today’s dollars, although wealth was never a motivating factor for them. They followed the wisdom of their father who said: “All the money anyone needs is just enough to prevent one from being a burden to others.” David McCullough’s book speaks volumes about their character, and leaves the reader wondering where such men are today.

For more information go to http://www.nytimes.com/2015/05/04/books/review-the-wright-brothers-by-david-mccullough.html?_r=0