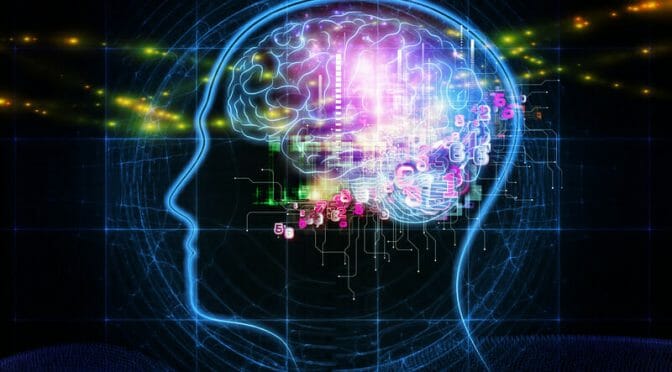 There’s exciting new science about blast injuries in war zones – but of course, even as the military begins confronting it, the contractors with Defense Base Act claims get dumped into a civilian health care market that has no idea what they’re looking at, diagnosed with PTSD, and told to deal with it.

In early 2012, a neuropathologist named Daniel Perl was examining a slide of human brain tissue when he saw something odd and unfamiliar in the wormlike squiggles and folds. It looked like brown dust; a distinctive pattern of tiny scars. Perl was intrigued. At 69, he had examined 20,000 brains over a four-decade career, focusing mostly on Alzheimer’s and other degenerative disorders. He had peered through his microscope at countless malformed proteins and twisted axons. He knew as much about the biology of brain disease as just about anyone on earth. But he had never seen anything like this.

The brain under Perl’s microscope belonged to an American soldier who had been five feet away when a suicide bomber detonated his belt of explosives in 2009. The soldier survived the blast, thanks to his body armor, but died two years later of an apparent drug overdose after suffering symptoms that have become the hallmark of the recent wars in Iraq and Afghanistan: memory loss, cognitive problems, inability to sleep and profound, often suicidal depression. Nearly 350,000 service members have been given a diagnosis of traumatic brain injury over the past 15 years, many of them from blast exposure. The real number is likely to be much higher, because so many who have enlisted are too proud to report a wound that remains invisible.

Daniel Perl is continuing to examine the brains of blast-injured soldiers. After five years of working with the military, he feels sure… that many blast injuries have not been identified. “We could be talking many thousands,” he said. “And what scares me is that what we’re seeing now might just be the first round. If they survive the initial injuries, many of them may develop C.T.E. years or decades later.”

For years, many scientists have assumed that explosive blasts affect the brain in much the same way as concussions from football or car accidents. Perl himself was a leading researcher on chronic traumatic encephalopathy, or C.T.E., which has caused dementia in N.F.L. players. Several veterans who died after suffering blast wounds have in fact developed C.T.E. But those veterans had other, nonblast injuries too. No one had done a systematic post-mortem study of blast-injured troops. That was exactly what the Pentagon asked Perl to do in 2010, offering him access to the brains they had gathered for research. It was a rare opportunity, and Perl left his post as director of neuropathology at the medical school at Mount Sinai to come to Washington.

Perl and his lab colleagues recognized that the injury that they were looking at was nothing like concussion. The hallmark of C.T.E. is an abnormal protein called tau, which builds up, usually over years, throughout the cerebral cortex but especially in the temporal lobes, visible across the stained tissue like brown mold. What they found in these traumatic-brain-injury cases was totally different: a dustlike scarring, often at the border between gray matter (where synapses reside) and the white matter that interconnects it. Over the following months, Perl and his team examined several more brains of service members who died well after their blast exposure, including a highly decorated Special Operations Forces soldier who committed suicide. All of them had the same pattern of scarring in the same places, which appeared to correspond to the brain’s centers for sleep, cognition and other classic brain-injury trouble spots.

Then came an even more surprising discovery. They examined the brains of two veterans who died just days after their blast exposure and found embryonic versions of the same injury, in the same areas, and the development of the injuries seemed to match the time elapsed since the blast event. Perl and his team then compared the damaged brains with those of people who suffered ordinary concussions and others who had drug addictions (which can also cause visible brain changes) and a final group with no injuries at all. No one in these post-mortem control groups had the brown-dust pattern.

Perl’s findings, published in the scientific journal The Lancet Neurology, may represent the key to a medical mystery first glimpsed a century ago in the trenches of World War I. It was first known as shell shock, then combat fatigue and finally PTSD, and in each case, it was almost universally understood as a psychic rather than a physical affliction. Only in the past decade or so did an elite group of neurologists, physicists and senior officers begin pushing back at a military leadership that had long told recruits with these wounds to “deal with it,” fed them pills and sent them back into battle.

If Perl’s discovery is confirmed by other scientists — and if one of blast’s short-term signatures is indeed a pattern of scarring in the brain — then the implications for the military and for society at large could be vast. Much of what has passed for emotional trauma may be reinterpreted, and many veterans may step forward to demand recognition of an injury that cannot be definitively diagnosed until after death. There will be calls for more research, for drug trials, for better helmets and for expanded veteran care. But these palliatives are unlikely to erase the crude message that lurks, unavoidable, behind Perl’s discovery: Modern warfare destroys your brain.

Read the full article at the New York Times site.