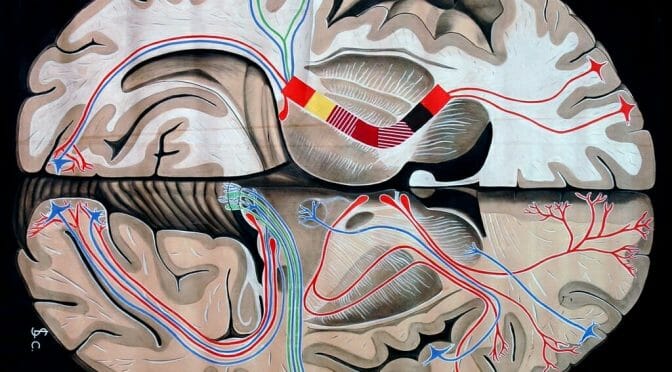 The high incidence of traumatic brain injury (TBI) and PTSD (posttraumatic stress disorder) affecting our returning Afghanistan and Iraq veterans, and also our civilian contractor employees, has helped to highlight the inadequacy of the current level of “brain science.”

More than one in five Americans – – over 60 million people – – suffer brain disorder from injury or illness. 600 conditions exist, ranging from autism and Alzheimer’s to the aforementioned TBI and PTSD. Not a single one of these conditions has been cured.  Brain ailments affect more people than heart disease and cancer combined, yet those conditions receive 3 to 5 times more funding for research.

Unlike science for other conditions and diseases, brain science has not had the advantage of an umbrella organization to its coordinate efforts. Brain science research and funding has been fragmented, researchers have often been territorial and overly concerned with intellectual property issues, and the corporate funding that has come mostly from the pharmaceutical industry has been shrinking. An organization named One Mind has recently been created to attack the shortcomings of brain science by advocating for the principle of “open science,” which fosters collaborative scientific work with accessible central data collection for researchers. This process in turn allows for accelerated integration of data and validation of results for publication. All of this should allow basic research to more rapidly reach the clinical setting and benefit patients of brain ailment.

One Mind has two programs currently in progress: Gemini, in which 11 research centers will enroll 3000 patients in a longitudinal brain injury study; and Apollo, which is developing a data exchange portal that will support the collaborative effort described above and will create a digital marketplace accessible by students, teachers and researchers.

One Mind is currently headed by CEO Gen. Pete Chiarelli, U.S. Army (retired) who as vice chief of the Army was instrumental in Department of Defense efforts on PTSD, TBI, and suicide prevention. In 2013 Chiarelli received the “Patriot Award” for his work with soldiers and their families dealing with the so-called “invisible wounds” of war.

The author recently attended a presentation in Seattle by Gen. Chiarelli, who provided much additional anecdotal information about the shortcomings of brain science and the efforts by One Mind. He noted, for example, that the diagnostic criteria currently in use for assessing PTSD are decades old and woefully inadequate for mental health practitioners to accurately diagnose and assess the condition.

Go to www.onemind.org for a full review of the organization, its mission and its programs.