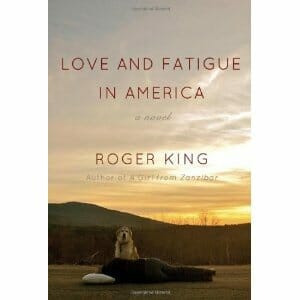 Almost all concerned (researchers, clinicians and persons living with the condition) believe these to be poor names, but, lacking a clear-cut etiology for the disease processes, they have become the current standards.

There are, at this moment, thousands upon thousands with this disease.  It robs one’s life of livelihood, relationships, self-esteem and one’s total sense of worth. The common reply to one’s stating illness with it is, “you don’t look sick”. Lovely. Yes, all the lab tests were regular or near enough. Don’t worry. Yes, it’s just a case of mononucleosis. Yes, your lymph nodes are quite swollen. Give it time.

It is a disease of morbidity, not mortality (though there have been many, many suicides), and one that costs in every way at every level: for the person with the condition, their workplace, and society at large. The losses are vast and great yet remain nearly invisible.

This disease came about in the US at the time of GRID (Gay Related Immune Deficiency) in the 1980’s. Mostly women were affected and early on it was called the “Yuppie Disease” because so many professional people came down with CFIDS/CFS/ME. A flurry of activity responded at first from CDC to NIH to private clinics and labs and the American Association of CFIDS. But within a few years with no etiology discovered, research dollars almost dried up as did the belief in general, that it indeed existed and was not just “mental”.

Since there has been scant progress or general media reporting on the disease, let alone research projects being funded enough to produce significance, the disease slipped away from public view for many years with no new books being published.  It was thought by many that CFIDS/CFS/ME was off the radar. But now, Stanford University, with a very diversified group of researchers, along with The National  Institutes of Health, are coming very close to finding, at least in one subset, a possible causal link. Coincidently, one of the first books to be published in many years about CFIDS/CFS/ME, or by a person with CFIDS/CFS/ME, has recently been published. Though called a novel, it definitely reads more as autobiographical.

The novel, “Love and Fatigue in America”, 2012 is by English novelist, researcher and scientist, Roger King who came to America in 1991 to teach at a university in Spokane, WA and who was struck down by CFIDS/CFS/ME soon thereafter. It is a tale that is depressingly known to those who have CFIDS/CFS/ME, but it carries one along easily, at times with humor and interesting characters, as Mr. King drives his route through much of America, all the while enduring the constant trials of disease, in search of “home” – a place to love and to be horizontal.

In the end, Mr. King finds his place, geographically, and over the course of more than a decade seems to come to terms with the disease and its horizontal outcomes. He admits that it was only because he had saved money and sold his sail boat that he could do what he did, and cites that only a few people with CFIDS/CFS/ME are that lucky but, when they are, they can write, publish and have some sort of life and livelihood.

Reviewed in The New Yorker, April 30, 2012, it was said that the disease “…brings into relief many of America’s follies and excesses, most notably our health-care system, which King portrays as antiquated, bureaucratic, and inhumane.” The book was also reviewed in Publisher’s Weekly 2012, among others.