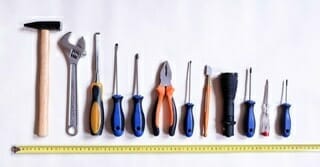 Temp-A-Cure, an out-of-state contractor, was fined more than $60,000 for electrical violations at 22 homes across Washington State.

In its investigation, the Washington State Department of Labor & Industries (L&I) noted this is the third time the firm has violated Washington law.

“This is an example of an out-of-state company unlicensed for electrical work hiring unqualified people for non-permitted projects,” said Steve Thornton, L&I chief electrical inspector. “The result takes work from honest businesses and contractors licensed in Washington, and creates a danger to public safety.”

Neither the company nor the employees appealed the violations by the December deadline. Temp-A-Cure and two employees now have until next month to pay the fines or face having their fines go to a private collection agency, which could significantly increase their costs, Thornton noted. The third employee has paid the fine.

Temp-A-Cure had previous run-ins with L&I in 2017 and earlier this year. Those violations were also for performing electrical work without a valid electrical license.

Thornton said another company contacted L&I to complain about bidding for a job that Temp-A-Cure won in Walla Walla. Thornton cautioned people to hire smart when looking for contractors to work on a home, including getting three written bids, and verifying the contractor’s electrical license.

To find out whether a contractor is licensed, has an up-to-date workers’ compensation account, or has any safety violations pending, go to L&I’s ‘verify’ web page. Find more tips on checking bids on L&I’s Protect My Home web page.