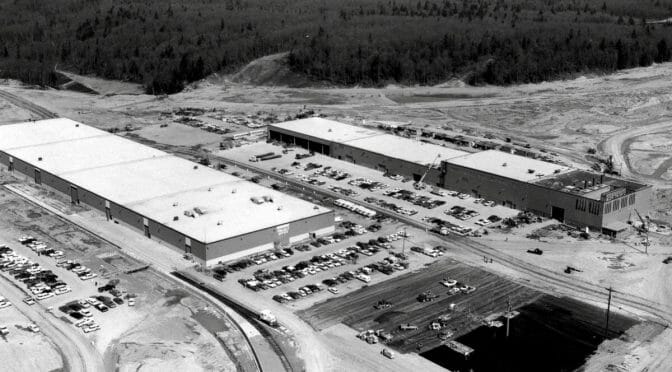 Last week, The Boeing Company announced their celebration of 50 years in Everett, Washington:

“The 747, 767, KC-46, 777, 787 Dreamliner, and soon-to-be 777X: all built in one very special place. We’re celebrating 50 years of our Everett site in Washington. From its development in 1967 to build the 747, to today’s 777X Composite Wing Center, our largest manufacturing site continues to rollout the most advanced jetliners in the world.”

In May 1967, Boeing employees moved into a new factory built beside Paine Field near Everett, Wash.  Thirteen months later, the group that became known in aerospace legend as “The Incredibles” rolled out the 747.

A half-century later, more than 40,000 employees, customers and suppliers visit Boeing’s largest manufacturing site daily. The hub of widebody factories is home to the 747-8, 767, 777, 787 Dreamliner, the KC-46 Tanker and several derivative programs. Building renovations and new construction tell a tale of continuous improvement and transformation — including the 1.3 million square foot (120, 800 square meter) Composite Wing Center — as today’s production system prepares for the 777X.

As the company this month commemorates 50 years of Team Everett’s contributions, those changes reflect Boeing’s continued investment in the region, company leaders say.  And several employees who joined the Everett site in the 1960s added their unique perspectives about the past and future.

>>To read the rest of the story click here.

See The Boeing Company’s video scrapbook of the past 50 years in Everett, from forest to major manufacturing site.