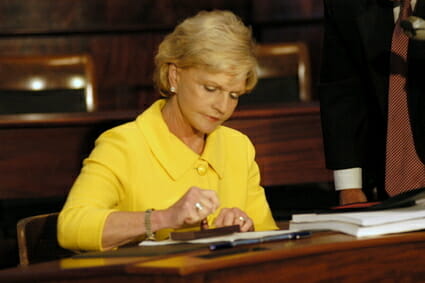 “Misclassification” is a poorly chosen word to describe fraudulent conduct by employers who misclassify the status of their employees. For example, a roofing company may have 30 roofers doing the actual work but these workers are classified as “independent contractors” instead of employees. Why would they do that? At the end of the year these workers are sent a 1099 tax form that reports the wages paid, but the employer does not make any deductions for Medicare or unemployment, and doesn’t pay for workers’ compensation insurance. If you have a roofing company and you properly classify your employees, you are at a competitive disadvantage in bidding on jobs. Honest businesses are hurt by misclassification, and taxpayers are hurt because they pick up medical bills and other expenses created when one of these “independent contractors” gets hurt.

Another form of misclassification is when a construction company with 85 employees reports to its workers’ compensation insurance company that 75 of these people are staff workers, which results in a significantly reduced premium. Obviously, a construction worker is at greater risk of injury than an office worker. Again, the honest company who accurately reports the status of its employees is at a competitive disadvantage with the dishonest employer.

New York, New Jersey, Massachusetts, Virginia, Michigan, Florida, California, Texas and the vast majority of states across the country have been looking into this issue for several years and they have been aggressively prosecuting dishonest employers who try to game the system. North Carolina has finally joined these states. On August 22, 2012, Governor Beverly Perdue issued Executive Order 125, which created a task force to study this issue and try to get different agencies to communicate with each other and share information to identify employers who are failing to pay employee taxes. Hopefully, this task force will figure out how to enforce existing law. This blog will follow the progress of this task force. Stay tuned.