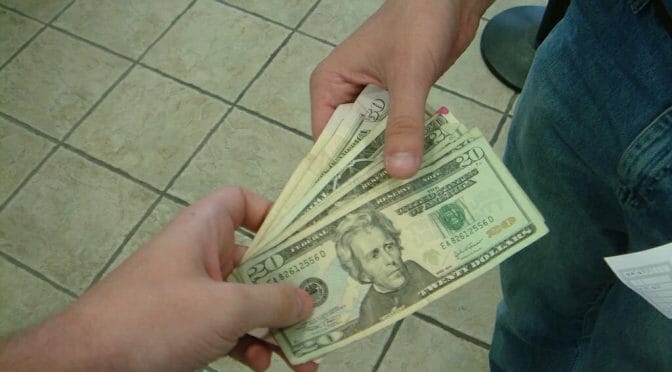 Frequently, Causey Law Firm gets calls from individuals whose cases have been appealed from the Department of Labor & Industries to the Board of Industrial Insurance Appeals. Most often those individuals have already spoken with one or more attorneys who has declined to take their case. Undoubtedly this is a scenario faced by most—if not all—workers’ compensation practitioners at one time or another. In many such instances, the unfortunate reality is that the costs of litigating the individual’s case far outweigh the potential monetary benefit. Welcome to the world of contingent fees.

A contingent fee is a “fee charged for a lawyer’s services only if the lawsuit is successful or is favorably settled out of court . . . . Contingent fees are usually calculated as a percentage of the client’s net recovery.” Black’s Law Dictionary 338 (2004). Put somewhat less artfully: your attorney doesn’t get paid until and unless you do. The underlying purpose of contingent fee billing is ostensibly beneficial to poor or disadvantaged individuals: it provides an incentive for an attorney to take on a case where a person cannot afford that attorney’s hourly fee. But there is a downside as well.

Where monetary benefits are not at issue, there is little—if any—incentive for an attorney to take on a case. This frequently arises in the context of Washington State workers’ compensation cases where coverage of medical treatment is at issue. For instance, the Department of Labor & Industries may deny coverage of a surgical procedure under the person’s workers’ compensation claim. It might also deny coverage of a certain medication or device, or of a condition in its entirety. In those cases, it could cost $5,000 or more to present a case at the Board of Industrial Insurance Appeals. If there are no concurrent or resultant monetary benefits to the injured worker at stake, the attorney does not get paid. While we attorneys certainly do take on these cases from time to time, it would be unsustainable to take on every such case.

There are other models. For instance, under the Longshore and Harbor Workers Compensation Act (LHWCA), the attorney is paid an hourly fee for any services provided to an injured worker when the employer or its insurance carrier disputes the injured worker’s entitlement to benefits—whether monetary, medical/surgical, or otherwise. The fee is payable to the injured worker’s attorney by the employer’s insurance carrier. This has two significant effects. First, it ensures that there is an incentive for attorneys to take on cases where there are non-monetary issues at stake, such as entitlement to additional treatment or coverage of a disputed medical condition. Second, it allows the worker, in cases involving monetary compensation, to keep the full value of his or her disability compensation.

Washington State should seriously consider the idea of providing for an hourly attorney fee in so-called medical only cases. This is not a new idea. Draft bills have floated around for years. But the issue ought to be seriously reconsidered in light of the increased litigation that has resulted directly from the legislature’s adoption of laws allowing increased employer participation in the system through so-called “retro groups.” These groups aggressively fight workers’ compensation claims and allowance of treatment under those claims. They are incentivized to do so through refunds of their workers’ compensation premiums. Why shouldn’t injured workers’ and their attorneys have an incentive to pursue entitlement to medical treatment which would help them get back to work?