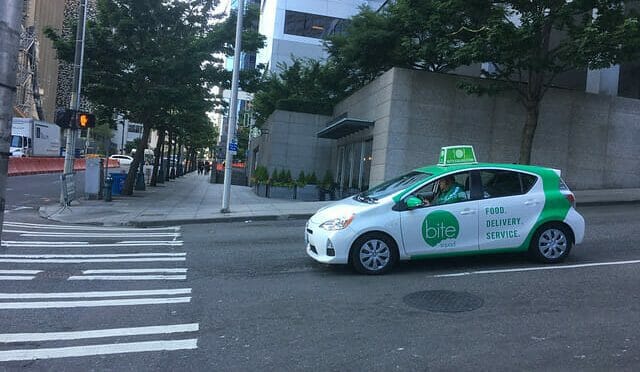 Photo by Seattle Department of Transportation on Foter.com / CC BY-NC

The Fair Work Center announced the victory for Seattle gig delivery workers. The full announcement notice, excerpted below, can be read here.

Food delivery gig drivers are entitled to $2.50 in hazard pay for each restaurant or grocery delivery made inside the Seattle city limits. Hazard pay must be listed separately on the driver’s pay report, and paid out on top of what they would otherwise be paid. The hazard pay requirement took effect on Friday July 26th at 8:30pm, and continues for as long as the city’s official coronavirus state of emergency is in effect.

The City of Seattle (City) intends to make it clear that gig workers working for food delivery network companies have a right to receive premium pay for work performed during the COVID-19 emergency.

Read the full text of the Premium Pay for Gig Workers Ordinance for all of the details.

Gig delivery drivers and Uber/Lyft drivers now have the right to take paid sick days. Drivers start off with a certain number of paid sick days based on how much they’ve worked back to October of 2019, and they will continue to accrue paid sick days going forward at a rate of 1 day for every 30 days you work. When a driver takes a paid sick day, they’ll get paid based on their average daily compensation, including tips. No doctor’s note or other documentation is required to take a sick day during the coronavirus pandemic.

The sick days law took effect on Monday, July 13th, 2020. They will continue while the state of emergency remains in place.

The definitions of “employee” and “employer” in local, state and federal law are broad, but food delivery network companies and transportation network companies rely on business models that treat gig workers as “independent contractors,” thereby creating barriers for gig workers to access paid sick and paid safe time and other employee protections.

Read the full text of the Paid Sick and Safe Time for Gig Workers Ordinance for all of the details.

The ordinance extends labor protections to gig drivers who typically don’t qualify for traditional benefits because they are currently classified as independent contractors.

Hazard pay and sick pay are temporary benefits that will continue as long as Seattle remains under a coronavirus state of emergency.

The City of Seattle Office of Labor Standards page on COVID-19 Gig Worker Protections has detailed information on both the Paid Sick and Safe Time for Gig Workers Ordinance and the Gig Worker Premium Pay Ordinance.

Like all Seattle labor standards, these laws apply to work done within Seattle city limits. Help Fair Work Center enforce the law — use their hazard pay tracker to let them know what you’re seeing, app by app and job by job. 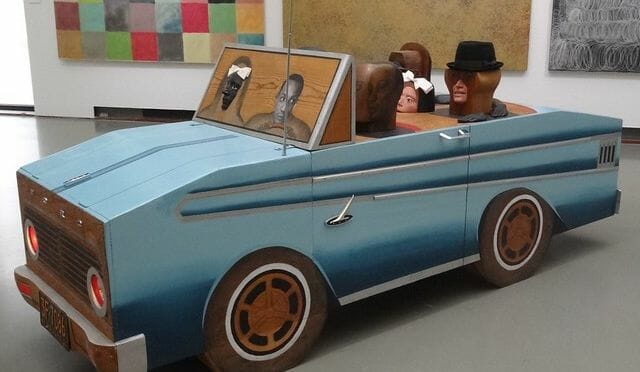 The Occupational Safety and Health Administration (OSHA) has issued guidance for rideshare, taxi, and car service workers. This guidance is meant to provide both workers and passengers with increased safety during the Coronavirus pandemic. In addition, OSHA has provided guidance for drivers transporting medical patients with known or suspected COVID-19.

Guidance for Employers in the Car Service Industry

For employers in the car service industry (rideshare, taxi, and other car services), the following tips can help reduce the risk of exposure to the coronavirus:

If you are transporting medical customers, take the following precautions: