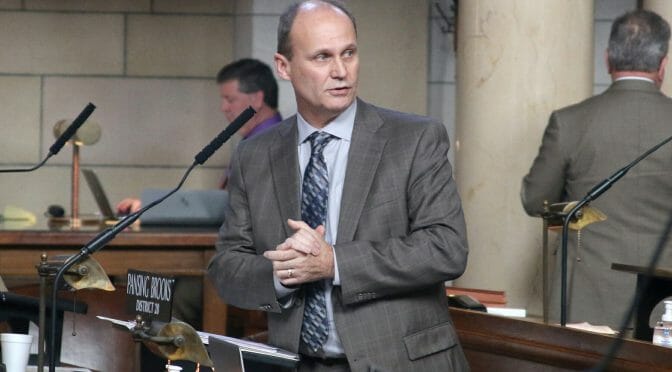 While Barrett lead the Buckeyes to victory with 211 passing yards and 60 rushing yards, Thomas argued that college players should have the option of a second opinion when it comes to major surgeries like players do in the NFL. Thomas argued that team doctors are overly influenced by coaches who want players to return to action as soon as possible and that college players are over eager to return to the field.

A similar issue will be debated in Nebraska’s legislature next month. Senator Dan Quick of Grand Island has a bill on the floor that would require an employer to pay for a second opinion if an employee disputes a finding from a doctor paid for by the employer. Quick’s bill was inspired by his experience of being sent back to work prematurely by a doctor chosen by his employer’s workers compensation insurer.

Quick is an electrician by trade and is one of the few blue-collar workers who serves in the Nebraska Legislature. Another blue-collar worker, Lee Carter, was recently elected to the legislature in Virginia. Like Quick, Carter had a bad experience after a work injury. Carter had his hours reduced after his accident and was unable to find a lawyer because of confusion over which state had jurisdiction over his work injury.

Blue collar workers running for office may be a trend as iron worker Randy Bryce is running for Congress against House Speaker Paul Ryan and Wisconsin Firefighter’s union president Mahlon Mitchell is running for Governor of Wisconsin. I am encouraged that people like Dan Quick and Lee Carter have taken their bad experiences after work injuries and have gone into politics to directly address the problems they  faced first hand and make sure other workers will have better experiences if they get hurt on the job.